17 signs he will eventually abuse you

These Characteristics Are Signs of Horrible Things to Come.

Abuse rarely starts from the very beginning; but once you are involved in an abusive relationship, it can seem impossible to escape. Pay close attention to your man. These early signs of abuse will save you later on.

If several of these signs fit your man — at least three or more — beware! (And if any of the last three on this list describe him - even if none of the others do - he is absolutely abusive.)

1. He jumps into the relationship quickly

Abusers want commitment quickly. They can be extremely charming at the beginning and claim they've never felt this way about anyone and they needyou. Try to slow things down a little and see if he respects it.

Most people have at least a little anger toward their exes, but if he can't let go of his bitterness, investigate further. And if he ever claims they tried to falsely accuse him of abuse - run. Most of those "false claims" turn out to be accurate.

3. He doesn't respect your opinions

Does he ever belittle you for your beliefs? Or maliciously tease you around others? No man who really loves a woman would do that.

4. His happiness depends on you

Men who are abusive paint a picture where you are the only two that matter. He NEEDS you and you NEED him. Without each other, you can't survive or will never be happy again.

5. Things are never his fault

Abusers are masters of being the victim. A healthy relationship should involve a man who can own up to when he makes a mistake. An abuser will always claim the world is out to get him even though he was an innocent bystander.

6. He thinks men are better than women (AKA he's sexist)

If you catch glimpses of sexism when he lets his guard down, make sure you know how he really feels about women. Abusers tend to have strict views on gender rules.

Does he think he is smarter than his female colleagues? Is his career more important than your career? Does he think women aren't able to function fully without a relationship? These are scary signs of sexism. Although he may tell you you're different from other women, that will eventually change and soon you'll find he thinks he's better than you.

7. He limits your phone use

This lack of trust and desire to completely control you may be disguised as love and protection for you - it's not.

8. Abuse is in his past (even if it didn't happen to him)

A study found that 43 percent of male sexual abusers were previously exposed to abuse, as a child. Whether he was personally abused, or watched someone in his household be abused, there is an unfortunate, terrifying cycle that comes with abuse.

But determining if he was abused can actually be difficult. If you ask him if he was abused in his childhood, he'll probably say no. Ask instead how he was punished if he broke a rule as a child.

9. He has low self-esteem

Abusers can hide behind a confident façade, but underneath it all, they only feel good about themselves when they put others down.

10. He is unkind to animals and children

This is actually a huge red flag. Studies show that 71 to 83 percent of battered women said their partners also killed or abused their family pet as well.

A man who really loves you would never tell you that you're not pretty enough, thin enough, smart enough or talented enough.

12. He doesn't like when you spend time with your family and friends

An essential part of abuse is pulling you away from your support group. It's a way for him to have more control over you. If he won't let you spend time with the people you love, he doesn't have good intentions.

Feeling wary of relationships you have with other men can be normal, but being constantly suspicious of anycontact you have with any other man and accusing you incorrectly of flirting crosses a line of over-jealous.

14. His feelings get hurt easily and frequently

You shouldn't have to walk on eggshells around your man. If his moods shift explosively, watch out.

These last three occur ONLY in abusers

15. He previously hurt a partner

If he's ever abused someone in the past, don't be with him any longer. No matter what reason he gives you for hurting them (alcohol, previous anger management problems, etc.), it's not reason enough.

16. He threatens you in order to control you

An abuser will threaten a victim when the victim won't do what he wants (or does something he doesn't like). Don't believe his lies - it's NOT normal to talk that way to someone else.

17. You are frightened of him when he is angry

He is responsible for everything he does, even when he is angry. His anger should not be intimidating. If he shouts at you, punches walls, throws things, ruins your possessions to prove a point or gets so close it frightens you, you're with an abuser. 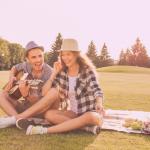 25 Ways to Show Your Wife You Love…