Any woman can do these little things.

Relationships are a two-way effort, but we sometimes justify our own poor behavior by telling ourselves we'd be a better wife if he started being a better husband. Unfortunately, you can't control your husband's actions. That's not how it works. The only thing you can control is yourself, so be brave and be the one who starts improving your marriage this year. Here are just a few ideas to get you started:

1. Thank your husband for one specific thing every day

Every night when you go to bed, look your hubby in the eyes and express thanks for something he did for you that day. Generic thank yous are nice, but noticing specifics always feels more genuine.

2. Think twice before you criticize him

Have you fallen into a nagging habit? Let your husband be himself and love him for his quirky attributes.

I'm not saying bottle up your emotions, but it's draining for anyone to hear constant complaining. Learn to throw some more positives into your conversation.

If he is always the one initiating sex, surprise him by making the first move. He'll love it!

5. Give him a neck massage

At the end of a stressful day, there are few things that are better than this.

When your anger is rising ask yourself, "What's the worst that could have happened in this situation?" If it's just you wanting to be right, you'll probably want to save your battles for more life and death situations.

7. Don't spend more than your budget

Financial stress demolishes thousands of marriages. Overspending often feels good in the moment (and the next day when you get to wear your adorable new sweater), but it's not worth the burden of debt in the long run. Don't place an unnecessary burden on your husband by spending more money than you have, and don't complain about the things you can't afford.

8. Laugh at your mistakes instead of getting upset

This year, learn to take yourself less seriously. It makes being around you even better.

Exercise gives you more energy and increases your confidence. Being comfortable in your own skin directly affects your marriage and your ability to focus on others (especially your husband's) needs.

10. Fill up the car with gas so he doesn't have to

It's a little thing, but it's so nice to have a full tank of gas.

11. Do the dishes on his night

Sure, it's his turn. That's what makes it even more special.

12. Tell him you'll watch the kids so he can have a night out with his friends

Everyone needs a time out. This doesn't need to be a weekly event, but give him space to have friends and pursue new hobbies.

If it's been years since you've gone out, change that. Don't wait around wishing he would initiate romance - show him by example how it's done.

14. Learn enough about one of his hobbies to do it with him

Going on a bike ride or creating a gourmet meal may sound miserable to you, but if he loves it, why not learn to do it with him. Focus on the quality time you get to spend with your man rather than the activity you hate doing.

15. Go to a therapy session

A month before I got married, my pastor advised my fiancé and I to attend a therapy session on our second anniversary. "By that point," he said, "You'll be married long enough to have some problems. If you can work them out in the beginning, you'll have a much happier marriage."

Therapy isn't a sign of weakness. Even the strongest marriages could benefit from a therapy session.

16. Write down something positive about him every day for a month

When you were first dating, it was easy to notice good things about him. But after years of marriage that obnoxious clicking he does with his tongue can crowd out all those positive things.

Force yourself to think of something - just one thing - you are grateful for about him each day. Keep it up for a month and you'll train your brain to see the positives you were somehow missing.

17. Read to him while he works around the house

My mom was the type of woman who could never sit still. She was a hard worker and liked a clean house. When my dad wanted to have quality time with her, he would read a book aloud to her while she cleaned the kitchen. She got to do the chores she enjoyed and have quality time with her husband. If you're having a hard time fitting in time with your husband, find unusual ways to make menial tasks meaningful. 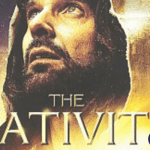