You're Going to Come Across a Lot of "Ceos at Self-Employed" While Online Dating, and Every Single Dude is “5′ 10, if That Matters.”

There are plenty of fish in the sea ― and half of them write the same damn things in their dating app profiles.

Yes, it’s time-consuming to write a profile, but if you’re cribbing 80% of your description of yourself from what you’ve seen elsewhere, your matches are going to notice. Originality is sexy, yet played-out copy reigns supreme on Tinder, Bumble and the like. Below, we spotlight 18 types of profiles you’re bound to come across while dating online.

“The kid in the third pic is my niece.” Niece Guy (or Nephew Guy ― the kid’s gender doesn’t matter) wants you to know he has family-man values without family-man baggage. Yeah, the 3-year-old on top of his shoulders is cute and seems to like him. But God forbid you think he’s a single dad!

The CEO At Self-Employed

“CEO at self-employed”? You are 100% paying for dinner because this guy has not held down a job since 2011.

Dog is absolutely this guy’s co-pilot. The spiritual brother to Niece Guy, Dog Guy includes no less than three photos of his dog and, yes, “the pupper can come along if we hang out.” Dog Guy really, really hopes you like his husky because he spent $1,600 on her, and he’s really banking on this increasing his Hinge appeal since his DMs are drier than the Sahara.

Jim From “The Office”

It’s 2020 and some people still have “employed at Dunder Mifflin” on their profiles. When you get right down to it, he’s “just a Jim looking for his Pam”! Swipe right if your idea of a great date is The Cheesecake Factory and having so-so sex to “The Office.”

”⭐️⭐️⭐️⭐️⭐️” -my mom. Great job, Kyle, never seen that line before. Make no mistake: You will forever be second fiddle to Five-Star Boy’s mom.

No man is attached to this profile, just a disembodied set of abs. The ’90s had “The Body” ― supermodel Elle Macpherson― and Tinder has The Torso. Self-objectifying torso guys post a maximum of two photos and both are poorly lit views of their midsection. Honest to God, who’s swiping right on these guys? Girl, you’re in danger.

This guy is “never on this app” so be sure to add him on Instagram. (He really wants to get his follower count up to 3,000, thanks, lady!)

Don’t let anyone tell you that Americans aren’t interested in learning another language besides English. If you’re on a dating app, you know that at least half of the male population is “fluent in sarcasm.”

Foreign guy in town from “February 18-February 23.” DTF? Catch him while you can.

On Twitter, a Reply Guy is someone who responds to tweets in an annoying or condescending way, completely unsolicited (nine times out of 10, he’s responding to tweets from women). On dating apps, a Reply Guy relentlessly badgers you once you’ve matched or responded to a message or two. “What are you doing this fine Saturday evening?” “Hello?” “Have I lost you? 😢” “I miss us.”

This guy just caught a grouper fish while shirtless on his uncle’s boat! So did a million other guys on Bumble. He may or may not have another photo where he’s wearing full camo in a casual, non-military setting.

In a play on catfishing ― the practice of using someone else’s photo to lure people in ― someone who hatfishes looks great on paper (err, screen) but weirdly, he’s wearing a hat in all of his photos. Underneath his many baseball caps, the hatfish is bald. Sadly, he did not get the memo that bald guys like Jason Statham (patron saint of bald men at this point, no?) and Stanley Tucci are totally hot.

Another play on catfishing, the kittenfish is much more sly in their con. Their photos are their own ... but they’re 10 years old or filtered to the heavens. The actual person is unrecognizable when you meet. (In fact, we know someone who FaceTimes before first dates to make sure matches aren’t kittenfishing.) Kittenfishing is clearly less egregious than catfishing, but it’s still shady.

Or cousin. Or distant relative. Or best guy friend. There is no dating app algorithm that filters out people uncomfortably close to you, so at some point while swiping, you’re probably going to be reaching for the brain bleach. Don’t swipe left until you’ve taken the obligatory screencaps, though. (You’ll need those when you make fun of your cousin next Christmas for writing, “I’m just a boy, standing in front of a bunch of people on an app, asking them to love me.”

What is the strategy of the Empty Profile Guy? A firm belief that they’re so hot, people will swipe right under the sheer power of their hotness? If he puts zero effort into his profile, he’ll put zero effort into your date.

Note to men on #Tinder: football-sized guns + a six-pack don't make up for an empty profile. All they do is make me think you can't write.

There’s no shortage of polyamorous couples scouring Tinder for unicorns (aka the mythical third person to turn them into a throuple for the night). “Hetero couple looking for a third,” the profile will read, with plenty of selfies and fun casual pics to confirm their coupledom. If you swipe right, you’ve taken their unicorn-hunting bait.

Brittany Wong is an LA-based senior reporter covering mostly love, sex and relationships at HuffPost. She is a native Angeleno and a graduate of UCLA. She can be reached at [email protected]
nextarticle 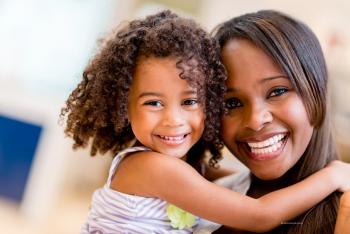 Are You Raising Nice Kids? 4 Secrets to…