These Two Popular But Misleading Statistics Are Doing Awful Damage to Families.

Editor's Note: This article was adapted from a previous column in the Deseret News. It has been reprinted here, with permission.

There are two false and misleading statistics that do a lot of damage. One stops couples from marrying and the other stops married couples from having children.

You have probably heard both of them - multiple times. The first is "50 percent of marriages end in divorce," and the second is "it costs a quarter of a million dollars to raise a child."

"So," conclude many, "Why get married if the marriage isn't likely to last? And we certainly can't afford the quarter million it will cost to raise a child!"

In fact, these are bad statistics that do a lot of harm, preventing a lot of marriages that ought to happen and eliminating a lot of babies that should be born!

We are not saying that these two statistics are intentional lies, but they are highly misleading and misinterpreted!

It is true that there have been years when there have been half as many divorces as marriages, so technically that could be interpreted as a 50 percent divorce rate. The problem is that many of those divorces are from volatile second, third and fourth marriages - which skews the statistic. The much better news is that at least 70 percent of first marriages last until death. If more people knew that statistic, more couples would get married!

The other bad statistic is equally annoying and equally harmful. Articles come along regularly that grossly overestimate how much it costs to raise a child. One of the worst recent ones (because it sounds so official) was from the U.S. Department of Agriculture, stating that the cost of raising a child to age 18 is $250,000.

This is nonsense. The assumptions made in what a family must spend on a child are way off, and here's why:

Of the quarter million in the estimate, 30 percent (nearly $75,000) is for housing - probably based on the assumption that couples will have to add on a bedroom to their homes for each child or buy bigger houses. Well guess what? Kids can share rooms, so this expense usually does not happen - particularly with a second, third or fourth child.

Another 18 percent of the estimate (close to $50,000) is for childcare and education through high school - which certainly does not apply to most families who use minimal childcare and do not send their children to private schools.

Another 16 percent (more than $35,000) is for food, and while it certainly costs money to feed a child, most families simply stretch the food they are already buying a little further.

So, at least 64 percent of the total estimate is highly questionable. In fact, these estimates are obnoxious and even a little bit insulting to the intelligence and resourcefulness of parents. Most annoying of all, these estimates assume that teenagers can't do any work or earn any money at all for themselves.

We are offended and exasperated by these bad statistics because they fight against two of the greatest and most natural desires we all have - to make the commitment of marriage and to bring children into the world.

These two bad statistics reduce the number of marriages and increase the number of cohabitating couples who break up at a much higher rate. They cause young couples to decide not to have children or to delay having children until they are much older and have much more money.

In so doing, they rob couples of life's two greatest joys.

Of course, neither marriage nor children are easy, and when they happen relatively early they are sure to bring challenges, financially and otherwise. But that is the point - in the challenges we find joy. We call it the "magnificent struggle."

Speaking for ourselves, one of the best parts of our lives was getting married and having a baby while still in school. Did anyone suffer for it? No. It wasn't easy, but it was wonderful, and it strengthened our partnership and taught us patience and sacrifice - lessons we don't think we could have learned any other way.

Sometimes, we just have to pull back and ask ourselves if there is some great conspiracy out there trying to get everyone to avoid commitment and responsibility, keeping all options open, avoiding marriage, and delaying or eliminating children. If so, who is leading that conspiracy? Just asking...

At any rate, don't be part of it. And don't be deceived or misled, making decisions based on bad statistics! 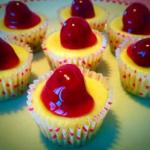 4 Delicious Valentine's Day Treats That Are Worth…