20 signs you married an adorable nerd

Nerds Make For the Best Husbands.

It's a truth universally acknowledged that a nerd will make for the best husband. He's got the right amount of quirkiness and lovableness to make your marriage ideal. While he might not say he's a nerd, deep down your husband probably is. Here are 20 signs you married a totally adorable dork:

1. He can be a little bit obsessive

When it comes to nerdy things, he talks for hours. He collects things, studies fandoms and comes up with his own crazy theories about will happen next in his favorite series.

2. He is the king of trivia

It doesn't matter what subject; he will win at any and all trivia games. If he were ever to miss a question, he'll study up so he'll never have to miss a beat again.

3. He has a collection of Lego creations from multiple fandoms

Anybody who had a childhood played with Legos. Your spouse's love for Legos carried into adulthood and he now collects them. He builds and displays them in his office or man cave for all of his nerdy friends (and children) to admire.

4. No one is more passionate about Star Wars than he is

He lives and breathes Star Wars. And, thanks to his nerdy parents, he grew up watching the originals. Star Wars has been his whole life and now his love for it has been renewed with the release of the new movies. No one, not even Luke Skywalker, can wield a lightsaber better than he can.

Star Wars isn't his only love. He loves you most of all, but there's a special place in his heart for all of the other fandoms. Star Trek, Harry Potter, Lord of the Rings, Marvel, DC, etc.

6. His most prized possession (second to you) is his autographed memorabilia

Second only to you, his most prized possession is the autographed memorabilia from his favorite nerdy movie or TV show. He keeps it in a very special place, away from any sticky fingers.

7. He loves going to Comic Con

Comic Con is the one place he can be with his people. It's full of the nerdiest of the nerdy people in the world and the happiest place on earth (arguably better than Disneyland).

8. He dresses up for Comic Con

He's always dressed in his favorite (and elaborate) cosplay. Better yet, you both attend dressed in matching cosplays; you guys always have the best Halloween costumes.

9. He buys all the things at Comic Con

Your mister is tempted to spend all of his money on photo ops with the stars, autographs, and all sorts of unique memorabilia from vendors. Make sure you're there to talk him out of any extremely wild purchases.

10. His dream vacation is to go to New Zealand to visit the Shire

But who would say no to actually going? Besides setting foot in the heart of Middle Earth and visiting the beautiful rolling hills of the Shire, being able to see New Zealand for all its beauty is totally worth the money.

11. His definition of clean is actually organized chaos (but not really)

His workspace or his side of the bedroom are covered in fandom things. It may look like a mess, but it's really organized chaos.

12. He gives the best gifts

He is very intuitive, which means he knows what you love. He takes mental notes of everything you tell him and so when your birthday or Christmas comes around, he makes sure you have the best day ever.

13. He is super successful

He is quite successful in his career. Though he hasn't quite "made it" yet, he is doing pretty well for himself. He's a passionate person and loves what he does.

There's hardly an insincere bone in his body. Your nerdy spouse is the most genuine man in the universe. He says exactly what he means, never in an unloving way. Being genuine and sincere about his feelings is his way of telling you he loves you.

He's quiet and reserved at times, he is always there to lend a listening ear. He will be there for you when you need him and he'll reciprocate with the best advice he can give (most often his favorite movie quotes.)

16. He'll give you the star treatment

He loves nothing more than being able to show you off to his family and friends. He thinks you're beautiful and loves you more than anything else. He enjoys spending time with you and make you feel like a queen.

17. He is a perfect gentlemen

While society feels the lack of a good gentlemen, your adorable, nerdy husband is the sweetest gentlemen that can be. He still open doors for you and thinks of you first before anyone else.

18. You constantly have conversations in movie and TV quotes

A conversation wouldn't be right without the frequent quote from one of your man's favorite movies or TV shows.

19. He shares his nerdy obsessions with you

He isn't alone in his nerdiness. Chances are if you married him, you're just as much of a nerd as he is, if not more. There's nothing wrong with sharing your nerdy obsessions, it will only bring you two closer together.

20. He loves you more than all the fandoms combined

You are number one in his life, and despite all of his obsessions, they will always be second to you. Together, you and your adorable, nerdy husband can take over the world. 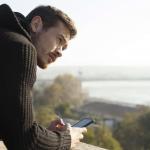