3 Things Your Marriage Needs More Of

In Marriage, Sometimes Things Don't Feel Right and It's Because the Relationship is Lacking in a Few Key Areas.

Having more of the right things can make all the difference. In marriage, sometimes things don't feel right and it's because the relationship is lacking in a few key areas. No two marriages are identical, so I'm always careful to make broad generalizations, but from having communicated with thousands of couples all over the world, I'm convinced that most marriages would be a lot better off if they added more of the following three things:

The amount of laughter in your marriage is like the fuel needle on a car telling you how full your tank is. Early on in a relationship, there's usually all kinds of laughter, but as the stresses of life set in, that laughter is often replaced with silence and sometimes even apathy. Life can be hard sometimes, and there are moments when crying together is the only appropriate response, but make laughter a priority and you'll find that fun fuels a marriage!

Most men measure the health of their marriage by the frequency of sex. Granted, there's a lot more to a marriage than sex, but couples that prioritize what happens the bedroom tend to be a lot stronger in all aspects of the relationship. Don't be afraid to schedule time for making love. It sounds like it takes the spontaneous moments away, but in the busy seasons of life, you've got to schedule everything that's important or it usually won't happen. There will still be plenty of opportunities to be spontaneous!

Most women measure the health of the relationship by the frequency of the communication (this isn't to say that men don't care about communication or women don't care about sex, but these patterns tend to hold true for most marriages). Couples that prioritize conversations and minimize the distractions that keep them apart tend to be a whole lot stronger. Set apart time each day to turn off the cell phones and carve out time to talk. 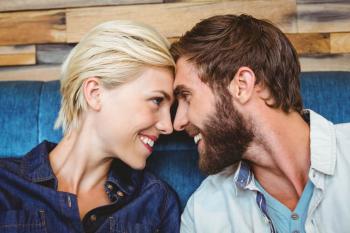 11 Ways You're Ruining Your Relationship Happiness