Everyone wants a happy marriage. But despite your good intentions, problems still happen. Here are three unintentional things you don't know you're doing that are contributing to the problems in your relationship.

The truth is, even though you're doing everything you know how to do, problems are still going to arise. And it's not because you're not trying. A lot of times, problems come up because of things you don't know you're doing. It makes sense, right? If you knew you were doing things that caused problems, you probably would have stopped doing them ages ago. Here are three mistakes you probably don't know you're making that are contributing to problems in your relationship.

1. Not taking ownership of problems

Because you try so hard to make your relationship work, it's no wonder you feel hurt when your relationship has hiccups. You think that since you're trying so hard, it must be something your spouse is doing wrong. So if your spouse would only try harder or care about you more, you might get along better.

Thinking your spouse is at fault is often one of the most common things in a relationship that people don't know they're doing wrong. If you think your spouse is wrong, you probably need to go back to the drawing board and re-evaluate what's really going on, and how you're contributing to it. That doesn't mean you definitely are contributing, but it gives you more of a chance to explore that possibility.

2. Taking too much ownership

Everyone's heard that it takes two to cause problems in a relationship. So when difficulty arises in your marriage, it's natural that you want to try to take ownership of your share, so you can fix whatever you can and, hopefully, move on to better times. But this can be a problem in marriage. If you take too much responsibility for problems in your relationship, then this often means your spouse isn't able to take his share of the responsibility. You move on too soon before the problem really gets fixed.

Taking too much ownership of difficulties in your marriage is also problematic because it can mean the relationship is lopsided. This often means that while you're taking responsibility for problems in the relationship, your partner isn't. This can mean you're being bulldozed. This isn't a healthy relationship, and just causes more problems down the road.

3. Not knowing the difference between items 1 and 2

A lot of people don't realize that it's OK not to accept blame in certain situations in their marriage. And many people fall on the other end of the spectrum where they don't when they need to admit they're wrong. It's a skill to know when to do which. If you feel like you are taking too much responsibility in your relationship while your spouse gets away with too many things, or if you are told that you're never at fault, that's a good sign that you're having the problems mentioned above.

Talk with your spouse about where you both fit on this scale. You don't want to be bulldozed in your relationship, and you also don't want to be the one bulldozing. Talk openly about where you both think you are. Listen to each other, and accept each other's opinions. After all, what do you have to lose? Communication only makes your relationship better.

Are you guilty of one of these mistakes? 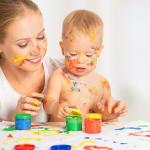