3 ways to listen how she wants you to listen

Men and women don't think the same way about listening.

Generally, men primarily communicate to exchange information. In the male mind, conversations should have a point to them. The quicker we get to that point, the better. Men tend to listen with their logical and calculating minds.

Women communicate to exchange information as well, but it's much more than that. Women use conversation as a way to connect with a person - to bond with them. One of the greatest yearnings of humans is to connect with others, so a high-quality conversation is extremely gratifying for women. To establish this bond while conversing, women listen with their bodies as much as, or perhaps more than, their minds. They are not only perceiving the words of the conversation, but the emotional aura as well. Unlike men, who listen as a means to the end of receiving information, women use listening as an end itself. There doesn't have to be an informational point to the conversation, it can just be a way to bond and connect with each other; a way to understand and grow closer.

When a woman wants to feel closer to her man, she may strike up a conversation. If the male doesn't understand what conversations and listening mean to a woman, he might give her only a minimum of attention or no attention at all. Then when she feels unloved and unvalued, the man will be shocked and offended.

Here are three simple steps which can help a man listen the way a woman wants him to.

Because listening is primarily a way to receive an informational point, men sometimes do other things while only giving the minimum attention required to hear the point of the conversation. Unfortunately, men also have a very difficult time multitasking. They are single-focused animals. So not only is it common for a woman to feel unloved by her man's multitask listening, but he may even miss the point of the conversation of which he was listening.

By stopping what he is doing and giving her his complete focus, he makes the statement that he values her and what she has to say more than the TV, video game or any other task he is doing. In addition, giving his full attention to her enables him to listen on a deeper level.

If a woman wants a man to give her a high-quality conversation, her best chance is to either catch him while he isn't doing anything or to schedule it with him. If he is in the middle of a game, she could ask him when he will have five or ten minutes to talk to her. When someone interrupts a man while he is in the middle of something, it makes the statement that they don't respect his time or his space. And if he tries to multitask listen, it will be a lower-quality conversation.

When you look a person in the eyes, it makes the statement that you value them through giving your fullest attention. In addition, a person's eyes convey a lot of information. Poker players commonly use sunglasses to prevent their opponents from looking at their eyes and gaining information. High-quality listening involves eye contact.

Listen with your body

Listening with your body means to be aware of how your body feels while you are listening. Emotions are felt within the body, so listening with your body enables you to receive the exchange of emotional content, as well as verbal content. Women tend to do this instinctively, and can often sense how others are feeling even when they don't verbally express those feelings. A person might tell a woman he feels great, but convey an emotional message that says something much more dismal. A man can learn, too. By learning to do this, he is more likely to understand what the woman is trying to convey. In addition, the conversation will be more intimate.

Cale Gray is a writer and blogger on happiness and relationships. He is also student working at becoming a licensed marriage and family therapist.
nextarticle 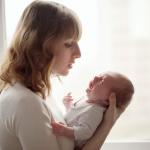