4 behaviors that will shatter your marriage

Even if You Love Him and Tell Him Often, That Doesn't Mean Your Relationship Isn't Suffering.

Even if you love him and tell him often, that doesn't mean your relationship isn't suffering. In fact if that's all you do than you are in deep trouble.

There are certain behaviors that create emotional barriers between you and your spouse that can destroy your chances of a happily ever after.

These behaviors were gathered by John Gottman's famous Four Horsemen of the Apocalypsearticle. He is a well-known psychologist and marriage researcher. Through his studies he has found that an unhappy marriage can increase your chances of becoming ill by 35% and take four years off your life.

Eliminating these 4 behaviors is crucial if you want to have a successful relationship with your spouse.

This is a habit that more relationships face than you may realize. When you withdraw yourself from conflict, ignore an issue that has occurred, or use the "silent treatment," you are essentially taking yourself out of the relationship.

Couples fight. The marriage you think is perfect is not. Ignoring the small issues thinking that it will make you and your spouse better in the end is a dangerous thought.

Alienation can be a controlling mechanism, which in the end manipulates your spouse creating an unhealthy and unhappy marriage.

If you both have the desire to communicate and strengthen the relationship, then you must put your spouse first and remove the toxic negative habits that you have formed.

Especially when you do not have all of the facts, calling out your spouse or placing blame on your partner can deteriorate the trust that took so much effort to build.

My mother always taught me that it isn't what you say, but how you say it. If you tend to naturally use a more condescending tone when speaking with your spouse, he will feel like you are accusing him.

Be sure to think before you speak and rephrase the accusation so that you may have a conversation about it rather than a fight. Learn to give your spouse the benefit of the doubt rather than assuming they can't do anything right.

Being rejected by the person you love can be emotionally traumatizing. Objectifying someone and focusing on their flaws, negative assumptions and prejudices are common ways to unintentionally invalidate your spouse. I know you love your spouse. You aren't likely doing it to 'get even' or 'tear him down,' but not knowing you are doing it is almost worse because you can't set a goal to stop it.

One's self-esteem is destroyed by this act. You are considered more of a bully than a lover if this continues. Acknowledging the times in your marriage where you felt invalidated or when you invalidated your spouse is the first step. The hard part is choosing to live better; choosing to work on this weakness together in order to strengthen your relationship.

Do you normally think you are the victim? Constantly saying, "I didn't do it" or "Why are you blaming me?" and especially over exaggerating the situation when it could be handled within minutes is a sign that you are taking the conflict too personally. As mentioned before, accusations are one of the behaviors that are very dangerous in relationships, but assuming you are being accused whenever the smallest of arguments arise is just as bad if not worse.

This action is unproductive and overall destructive. After all, do you want to be right or be loved?

Even if these behaviors do not occur frequently, they are markers that can predict whether a relationship has the potential to succeed against all odds, or crash and burn. Take the time and effort to work on your own pattern of communication with your spouse to ensure a lifetime of happiness and emotional security. 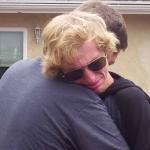 These 2 Color-Blind Brothers Seeing Color For the…