Holding a Grudge is Like Drinking Poison and Then Hoping the Other Person Dies.

It has been said that, "Holding a grudge is like drinking poison and then hoping the other person dies."

Forgiveness is one of the most difficult and most misunderstood concepts in all of life. Refusal to do it can create a toxic root of bitterness in our hearts. A lack of forgiveness can wreck marriages, families, careers and most every other aspect of life, but embracing grace in its true form can bring freedom and healing.

The four principles below could revolutionize your relationships if you're embrace them and practice them.

To experience more grace in your relationships, do the following (in no particular order):

We live in a world that loves to deflect accountability and assign blame somewhere else. We'd like to believe we're always either the hero or the victim in every situation, but sometimes, we're the bad guys! Never admitting fault doesn't make you look strong; it makes you look foolish. Be willing to swallow your pride, confess your offense, and humbly seek forgiveness.

"Whoever conceals their sins does not prosper, but the one who confesses and renounces them finds mercy." Proverbs 28:13

2. Recognize the difference between forgiveness and trust

Some people reject forgiveness, because they wrongly believe it's the same thing as trust and since they don't trust the person, they assume they can't forgive the person. Forgiveness can't be earned, only given (that's called grace). Trust, however, can't be given, only earned (that's called "Common Sense!").

3. Follow the example of the world's only perfect Forgiver

The more you learn from Jesus, the more naturally forgiveness will flow. He is the embodiment of love and grace. We still live with the natural consequences of our decisions, but ultimately, the penalty of our sins was paid for by Him on the cross. Don't beat yourself or others up for offenses that Jesus has literally taken a beating to forgive.

4. Give as much forgiveness as you'd like to receive

We all want grace when we've messed up, but we've got to realize that grace flows both ways with equal measure. If you want to receive forgiveness, you must also offer forgiveness. 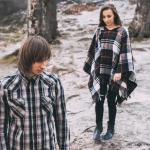 When Your Spouse Has Depression