4 lies that lead to divorce

Most Divorces Begin by Believing a Lie.

Have you ever wondered why some couples who at one time seemed so happy and in love end up divorcing?

Currently in America, nearly 50% of all couples who make a vow to love each other "til death do us part" end up calling it quits, so some people believe that the success of failure of their marriage is just a "coin toss" left to chance and completely out of their hands. I firmly believe that the keys to success in marriage are within your grasp; it's based on your actions and not random chance. It begins by understanding and avoiding some of the main reasons why marriages fail.

Most divorces begin by believing a lie. Every marriage is different, so these may not apply in each situation, but these are some of the most common lies that lead to divorce:

It may be true that you're unhappy, but it's a lie to think that your spouse has the power or the responsibility to make you happy. Putting the pressure on your spouse to create your happiness puts an unrealistic burden on both of you and puts more value on fickle feelings than on unwavering commitment.

2. It would be easier to start over with someone new than to try and fix our relationship.

When you've been through lots of difficulties and frustrations in your marriage, it may seem easier to pull the ejection lever and imagine starting over with somebody new, but the truth is that you'll be taking all the unresolved pain with you into a new relationship, so you're going to have to deal with it either way. You're better off fixing what you've got than throwing it away.

Couples who make it aren't the ones who never had a reason to get divorced; they are simply the ones who decided early on that their commitment to each other was always going to be bigger than their differences and flaws.

3. The kids will be fine

If you have children of any age, they'll be negatively impacted in greater ways than you can imagine. The divorce of a child's parents (even if those children are nearly grown or adults themselves) almost always has emotionally devastating consequences. To believe otherwise is to believe one of the most dangerous lies about divorce.

Just to clarify, this point, an unhealthy marriage is also very damaging for kids to see. The solution isn't divorce or just trying to survive the status quo. The solution is working together to create a healthy marriage. Strive to have the kind of marriage that will make your kids want to get married someday! Marriage is not 50-50. Divorce is 50-50. Marriage has to be 100-100. It isn't dividing everything in half, but giving everything you've got!

4. We'll never be able to make it work

I'm not saying it will be easy, but I've seen so many couples come back from terrible places to create amazing marriages. Couples who make it aren't the ones who never have a reason to get divorced, they're the ones who decide that their commitment to one another is always more important than their differences and flaws. Keep fighting for each other and don't give up! Your marriage is always worth the effort. 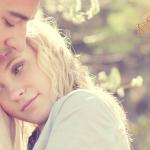