4 Qualities of a Keeper: How to Recognize a Good Guy

When It Comes to Marriage, Don't Settle. Read on For the Non-Negotiable Traits in Your Future Husband.

I have a dear friend who was once vivacious and cheerful. As a teenage girl, she had a promising future. She was beautiful, warm, smart and talented. She dated a lot and was widely admired. She had "the pick of the litter" as far as guys went. In college, she met a charismatic guy who made her laugh. He swept her off her feet and they married.

Soon enough, she found out that Prince Charming was really a sociopath. She stayed with him for the sake of her children and suffered in an unhappy, abusive marriage for many years before leaving.

Marriage is a hugely exciting prospect, but when you're in love with someone, sometimes your emotions can cloud your judgment. Maybe he's a fun guy, but is he worthy to take your hand in marriage? Can you imagine him as the father of your children?

Of course, you don't want to spend your life with "Mr. Blah," but bear in mind the long road ahead. Before committing to the wrong guy, consider the following all-time top four qualities of a keeper. Remember, this is your future we're talking about!

1. He is kind to young children and old women

A guy who is both tender with kids and respectful to the elderly is worth a second look. I have a brother-in-law who adores my kids. Even after having children of his own, he makes my kids feel special and cool. He loves roughhousing with them and blending fruit smoothies for them. Every year, he prepares an elaborate Halloween bash, complete with a homemade piñata, games, prizes and creepy decorations. His children, nieces and nephews are nuts about him.

Similarly, a guy who is a gentleman to his mom and other women is a keeper. A man's behavior toward women says volumes about the type of person he is.

2. He is willing to get his hands dirty

When the car stalls or the gutters need cleaned, it's sure handy to have a manly guy around. Even if your guy isn't a skilled mechanic or handyman, it's nice to have someone who will dig in and not shy away from hard work.

A guy with a strong work ethic will teach your children the value of hard work. Don't settle for someone lazy or someone who won't pitch in to help maintain your home. A man who extends a helping hand to others is someone worthy of your love, too.

3. He isn't in love with himself

Steer clear of the guy who moons over himself. You know - the guy who never saw a mirror he didn't like.

Who wants to spend her life with a vain man? It's fine to want to look nice, and no one wants to be with a slob - but pay attention to your man's ego and make sure he's not a slave to fashion (for example, too hipster) or his physique. You don't want a selfish or narcissistic hubby.

When you've snagged an honest man, you can be assured of several things. Your husband won't be unfaithful to you. He'll be true to his co-workers, boss, friends and family members. He'll be upfront in his financial dealings. When he makes mistakes, he won't hide them from you because he is a man of honor.

You'll enjoy peace of mind and feel more secure in your marriage with an honest man.

Each of these four attributes points to another attribute: humility. Find and marry someone who is humble, because he will regard you more highly than himself.

4 qualities of a keeper: how to recognize a good guy

Tag a good guy in your life! 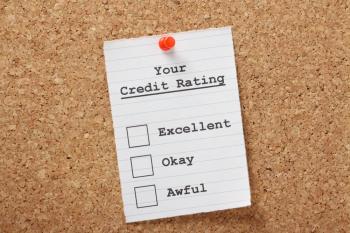 How to Build an Excellent Credit Score and…