4 things to avoid in the aftermath of an affair

One of the Promises Couples Make on the Day of Their Wedding is to Love and Cherish One Another Through Good Times and Bad.

One of the promises couples make on the day of their wedding is to love and cherish one another through good times and bad. However, most newly married couples imagine this to mean that they will support each other in times of financial struggles, illness and child rearing challenges rather than infidelity. An extramarital affair on the part of a spouse is, perhaps, one of life's most painful experiences. It leaves the other partner feeling hurt, betrayed, confused, and alone. These wounds are deep and take time to heal. However, more often than not infidelity doesn't lead to divorce. Despite the pain the affair has caused, most couples who go through this experience want to repair their marriage and make it work. One of the challenges in doing so comes with the lingering resentment that often plagues a couple long after the affair is behind them. While complete forgiveness is difficult and often takes time, it is possible to overcome the pain and betrayal of an affair. The following guidelines will help you keep the bitterness from creeping back into your relationship after you have worked to forgive and forget.

1. Don't use the affair as a way to manipulate or control your spouse

Bringing up the affair in order to win an argument or leverage your position through guilt is not only underhanded but it is unproductive. If your marriage is to move forward you must decide to forgive your partner and stick to that decision. A relationship that is constantly bombarded with the past mistakes of either spouse will eventually collapse on itself. If your spouse has proven faithful over a reasonable period of time since the affair you should assume that it will never happen again and keep it in the past.

Although you have every right to feel hurt and betrayed, becoming cold or resentful will only create more emotional distance and will not help you overcome the problems that led to the affair in the first place. Try to be honest about what was lacking in your marriage that drove your spouse to seek fulfillment elsewhere and take responsibility for your part in it. This doesn't mean that it is your fault that your spouse was unfaithful; however, if you want your marriage to succeed you must work with your partner to repair the damage that has been done rather than add to it.

3. Don't talk about the past to resolve a conflict

Sometimes couples think that hashing out old problems will help them sort out current issues. However, this generally only serves to unearth previous emotional pain that is better left buried. Instead of helping to resolve conflict, bringing up the past will only create more. Stick to the current subject matter and don't use past mistakes to prove your point. It isn't fair to your spouse and it will only cause further hurt and estrangement.

4. Don't stay in a relationship in which your cheating partner refuses to change

It is one thing to forgive an affair and put it behind you; it is an entirely different thing, however, to stay with a spouse who refuses to give up unacceptable behaviors. If your spouse continues to carry on extramarital affairs and shows no signs of stopping, it is time to get out of the relationship. A marriage can only survive if both partners are committed to making it work and are concerned with one another's happiness. A spouse who has multiple affairs despite the damage it is doing to the marriage clearly is neither committed nor concerned. 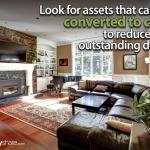