4 Ways to Rediscover Touch in Your Relationship

Physical Touch is Crucial in a Marriage But Often One of the First Things to Go. Here Are Four Ways to Become Closer in Your Marriage.

Editor's note: This article was originally published on Lori Cluff Schade's blog, Monogomy and Bliss. It has been modified and republished here with permission.

My husband and I recently took our two youngest children to a concert. They were situated between us, and I placed my arm behind my daughter across the seat back. Seconds later, my husband reached out to hold my hand, and the reach was just long enough that our fingers were barely touching. I had an instant recognition of a moment 27 years earlier when my husband reached out to take my hand for the first time.

The first time he held my hand was in many ways more sensual than our first kiss. We had actually developed a platonic friendship for several months before we had any kind of physical contact. The first time he reached for my hand, I had an instantaneous "butterflies in the stomach," response, likely heightened from months of delayed touch.

That night at the concert, I noticed that I felt some of the same excitement as the first time he held my hand almost three decades earlier. Just as I made the association with the earlier memory, my cell phone vibrated. I looked down to see a text from my husband, sitting two seats away, reading, "Remember the first time we held hands?" He had felt it, too.

Affectionate, non-sexual touch is so powerful in intimate couple relationships, yet it is often one of the first things to go. As couples progress in their relationships, physical contact often becomes goal-oriented, where all roads lead to intercourse, removing any of the unpredictability and playfulness that accompanied earlier physical encounters in the relationship.

Couples in therapy often report that they have very limited physical affectionate touch; some even report that they purposely avoid it altogether because they don't want to invite the possibility of a closer physically intimate relationship which may lead to sex.

For couple relationships which have been exposed to periods of disconnection or betrayals or other hurtful interactions, risking any physical contact may seem insurmountable. In the words of one client, the thought of engaging in any kind of sexual relationship with her husband seemed, "too hard " like climbing Mt. Everest." It was not even something she could imagine.

If a couple has laid down a foundation of emotional safety in the relationship, which may take longer with individuals who have experienced sexual trauma or abuse, then engaging in non-sexual touch is often a gateway to developing deeper intimacy. It helps people have experiences with safe, positive touch, and can actually broaden and expand the possibilities for a deeper connection. It can also help people rediscover the power of intentionality and slowing down in physical encounters.

Here are four ways to rediscover touch in your relationship:

1. Rediscover the art of hand-holding

Slow down. Talk about the first time you held hands. Make this the most sensual hand-holding session you can. Offer to give each other hand massages.

In a world that is so fast-paced and toxic, a warm embrace can be a very comforting and yet sensual experience. Notice what happens inside your body when you slow down and embrace your partner. See if you can synchronize your breathing with your partner's.

There have been entire books written about the art of the kiss, with many variations. Just for fun, you can try a new kind of kiss every day.

Whether it's from across the room or with noses touching, eye contact can be incredibly connecting. I can often gauge the distress levels of my couples based on their unwillingness to make eye contact with each other " it feels too vulnerable. If you want to deepen closeness with a partner, slow down and make eye contact.

Overall, the goal of this kind of touch is that it is NOT GOAL-ORIENTED, but it can generate an environment over time which can support a healthy physically intimate relationship. 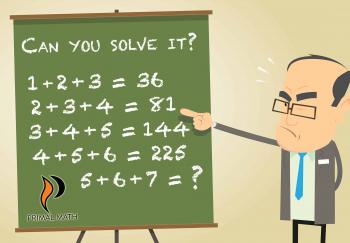 Whose Brain is Faster? Yours or Your Child's?