5 Damaging Side Effects That Come With a Pornography Habit

Pornography is Unhealthy - Here Are Some Facts to Prove It.

If you're a human with internet access, chances are you've seen pornography at least once in your life. It's everywhere, and it's easier than ever to access or stumble across by accident.

Since pornography has become so common, it's starting to be seen as the norm. The side effects are disregarded, and some couples and professionals even argue that it's a healthy part of a relationship.

We hear warnings about the harmful consequences of pornography, but what are they really? We've done the research and compiled a list of five dangerous side effects that come with viewing pornography:

There have been multiple studies on how pornography affects relationships, and the findings are quite alarming.

According to Focus on the Family, pornography lowers sexual satisfaction. "One of the devastating effects of pornography and other sexually explicit material is that it sabotages the ability to enjoy normal sex," they said. This can lead to serious marital issues.

The brain's reward center responds positively to things we need to survive, like food. According to Center Site, "When the brain's reward system is activated, it releases dopamine. Dopamine creates a pleasing, enjoyable sensation. Thus, we are likely to repeat these behaviors that are necessary for survival."

This reward system reacts the same way with drugs and other addictive substances, including pornography.

After a while, the brain gets used to pornography use, and it starts to demand more.

Like drugs, the habit can keep getting worse until it's extremely difficult to quit because the person addicted to pornography can't feel "normal" without it. It's important to remember, however, that not everyone who views pornography is addicted to it.

Strong editing is used when making pornography, giving viewers unrealistic expectations of what real relationships should be like.

4. Kids get an unhealthy sex education

Unfortunately, kids and teenagers have easy access to pornography. One study found that "94 percent of children [were] exposed to pornography ... before age 14, and 53 percent said they believed what they saw was a realistic depiction of sexual relations."

Some children from this study have even begun to imitate what they've seen in pornography videos. One boy in the study said, "One of my friends has started treating women like he sees on the videos. Not major, just a slap here or there."

When kids see the explicit content and believe that's what sexual relations should be like, expectations of real sex become warped.

5. It causes feelings of loneliness

It leaves a feeling of loneliness and anxiety, and consuming more pornography seems like the only way to fix it.

People with a pornography problem might want to keep it secret, for fear of rejection, hurt or various other reasons. It can be isolating, and it's important for them to have a good support system.

Pornography shouldn't be something that no one talks about. Because so many people struggle with it, it's important to create an atmosphere of love instead of shame, embarrassment and ridicule. Just like other problems, pornography isn't something that should be handled alone.

What you need to do

If you recognize any of these side effects in yourself, reach out for help. Don't feel embarrassed or alone, because there are many people in your same situation. If you're not comfortable talking about it, there are many online resources that can help you.

If you know someone who has this struggle, don't try to shame them into quitting. Be loving, kind, accepting and respectful, and give them the help and support they need. 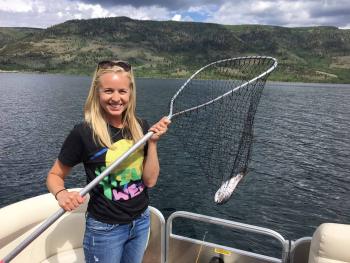