These 5 Things Are so Simple, Yet Do so Much For Your Relationship.

I'm a firm believer in taking at least six months to prepare for marriage. I don't mean picking out flower arrangements; I mean preparing for merging your life with someone else's. Marriage creates a huge shift in your relationship, and it can be a bumpy ride for some, especially in that first year.

You see, your wedding day is a lot like skydiving: It's exhilarating, adventurous, and also kind of dangerous. As with skydiving, when you and your man make that jump, you will better enjoy the view if you have had some safety training beforehand.

And while being prepared is critical, the real learning about marriage happens midair- when you confront your first fight or challenge. But there are some easy little hacks you can learn while preparing for marriage that can mean the difference between a terrifying free fall and an exciting, confident jump.

Here are five stupid-easy but oh-so-essential hacks that I found most helpful in my first six months of marriage.

As odd as it may sound, I first received this advice from my cousin, who said this tactic saved her marriage their first tumultuous year. I laughed at the idea of my soon-to-be husband and I stripping down in the middle of a heated debate, but as we dug deeper into our marriage preparation, I learned that there is sound research that supports this unusual trick.

When it comes to conflict situations, there is a lot that can go wrong. When temperatures rise in a heated debate, our bodies go into fight-or-flight mode, and our reactions are largely instinctual. Before we know it, yelling, stonewalling, and hurtful words get the best of us, and listening and productive dialogue get lost in the fray. But there is a way to nip that unpleasant fighting in the bud. According to marriage researcher Dr. John Gottman, happy couples make frequent "repair attempts," or gestures to reach out to one another to diffuse tension in the midst of conflict. According to Gottman's research, humorous repair attempts are the best kind. This could be anything from making a funny face to-you guessed it-stripping down mid-argument.

Of course, you don't have to fight naked. Joe and I discovered that we already had a few repair attempt tricks that we naturally employed. For example, when I begin to withdraw (as I tend to do in conflict situations), Joe just has to say, "Heyyy, don't withdraw your looove," in a joking, smarmy voice, and I can't help but crack a grudging smile and loosen up a bit. Another friend of mine can't help but smile when her husband says "hippopotamus" but like "HEEpo poTAmus." Every couple has their inside jokes and weird, quirky things, and they can be used in tough times to remind us why we are doing this thing in the first place.

The truth is, so much conflict can be avoided by simply being on the same page. We all enter into marriage with expectations about married life, and many of us imagine married life to be exactly like singe life ... except that now you live together. Right?

Wrong. Guys are typically the biggest culprit of this "everything is the same except now we are married" mindset, but women make this rookie mistake, too. Maybe before you got married, you might have made plans with the girls and then let your boyfriend know that day that you "have plans" or forget to mention it altogether. But marriage changes things. You are now a unit, a team, and you work better when one hand knows what the other is doing.

It's not that you can't have girls' night - on the contrary, you definitely should. But you avoid a lot of fights by letting your hubby know ahead of time and then putting it on a shared calendar so that he doesn't forget (or can't justifiably be upset if he does).

Joe and I use our Google calendar religiously (actually, Joe does it for both of us). We use it for everything from guys' nights and girls' nights to date nights and dinner with the in-laws. Life only gets crazier, so it's best to get good at coordinating schedules now!

Speaking of calendars and dates, making time for regular dates - whether it be a night in or out - is really important for your brand-spanking-new marriage. Especially when it's just the two of you, planning a date is really easy. Furthermore, making romance a ritual will be important down the road when things like finding a babysitter are a pain in the neck.

Joe and I have found that there is a big difference between living in the same space and quality time. You may make dinner together every night, watch TV together, and sleep together, but adding intentionality and a little something special can instantly transform a daily routine into a romantic date. It could be as simple as getting dressed a little fancier than you usually do or splurging on a cocktail at a nearby hot spot before dinner and a movie at home. If you need inspiration, we have tons of date ideas here.

It may be hard to imagine now, but you would be surprised how quickly married couples can drift from lovers to roommates when they fail to connect emotionally at several points throughout the day. This was a major theme for Joe and me throughout our marriage prep, and we have seen how true it is now that we are married.

When you are apart throughout the work day or even together on the weekend, don't reserve texting and phone calls for logistical conversations. Exchanging sweet nothings throughout the day are easy deposits in you emotional piggy bank that make you better equipped to handle hard times when they arrive.

As a single woman, I didn't really get into extravagant cooking. Thai delivery more than once a week (don't judge) was just fine for me and my roommates in our tiny NYC apartment. I always thought that marriage was the time for my culinary prowess to shine come dinner time. But, as it turns out, marriage doesn't magically make you the Barefoot Contessa, and that is way to much pressure to put on yourself the first few months of marriage.

Despite being told by my sister not to stress about cooking elaborate dinners (my mom is an amazing cook, so she knew what kind of expectations I would have going into marriage), I went and made cooking new recipes my mission for the first month. It was stressful and took away from just enjoying time together at the end of the day. Now, it's not to say you shouldn't cook meals for yourself, but the best policy is to prioritize fun and togetherness your first month or two. If you went from takeout to marriage, ease yourself into home-cooked meals, and let your hubby take a night or two of cooking.

These are all simple things, but when you put them into play, I promise your transition into married life will be all the better for it.

Editor's note: This article was originally published on Verily Magazine. It has been republished here with permission. 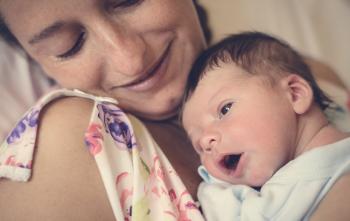