Being Married to a Cheapskate Isn't Easy, But It Can Be Worth It.

There are cheapskates, and then there are extreme cheapskates. It's easy to see a legitimate problem with a family who shares the same bath water or a couple who dumpster dives behind the grocery store for expired food. However, there's nothing wrong with being frugal, even if it means doing things that are out of the ordinary to save.

For those of you who are married to a cheapskate, you've likely spent a lot of time being frustrated with your spouse. But in his defense, here are some of the positive things that can come with it.

It may be hard sometimes to put up with someone who makes you wait while he scours the clearance section at the grocery store, and will only take you out to eat if he has a gift card, but if you take a look at some of the massive financial problems the majority of people have these days, it doesn't seem all that bad in comparison.

One thing cheapskates love is to see the money in their accounts go up, and retirement accounts are the most exciting of them all. They understand the importance of delaying gratification in order to build long-term financial security. After all, the last thing you want is to spend your senior years paying for all your past fiscal irresponsibility.

Believe it or not, everyone likes to splurge in some way or another. Cheapskates generally prefer to spend money on activities and experiences than material possessions. Studies show that people who favor experiences over possessions tend to be happier. That's because the memories of an experience can continue to provide happiness long after the event occurred while the initial joy of buying a new outfit or car fades over time.

The things cheapskates will sometimes do to save a buck are pretty ridiculous. The little things may drive you crazy, but years down the road you'll both be laughing about the time he decided to cut down his own Christmas tree rather than buy one, which resulted in a costly trip to the emergency room when he cut his hand with the saw. We each have different money personalities that likely won't change easily. So take it in stride and get a kick out of your spouse for who they are.

A few years ago, Today did a special on a survey that showed that 80 percent of married people hide financial purchases or bills from their spouse. If your husband is a cheapskate, you likely know exactly what he's spending his money on because the list isn't really that long. He probably also likes to talk about your money situation in general, so there's open communication regarding the family budget and overall financial goals.

If you're more of a spender than a saver, your husband's cheapskate habits probably drive you up the wall. But it's important to recognize that there are reasons why he does the things he does and some of those are valid. That being said communication and compromise are extremely important to creating the best situation for the family, so don't be afraid to speak your mind in a kind and loving way. 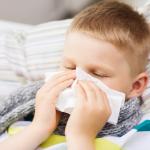 How to Get Ready For Flu Season