5 reasons why I wear a man-gagement ring

Both the Man and the Woman Can Wear an Engagement Ring, No Matter What Anyone Else Thinks. Here's Why.

It had been three days since we got engaged. My fiancée's phone buzzed.

"Notice of Charge on Venmo from: Zack Random Guy."

She hadn't changed my contact name in her phone during the course of our two-month courtship.

She opened the notification: "$16 for MANgagement ring."

A puzzled look crept over her face as she completed the charge nonetheless.

Yeah. That's how it went down. No confession of love, rainstorm kissing or even diamonds (low maintenance kind of guy, you know ... ).

I didn't need the fanfare, the secrecy or even the cost that surrounded my proposal - but I did want a ring.

Since making that decision, I've been met by a lot of super confused people with a lot of surprisingly strong opinions against me wearing a mangagement ring. So let's just clear the air.

Why am I wearing a mangagement ring?

And that sums it up. My fiancée didn't ask me to, but she loves it.

It isn't that weird

Some celebrities are doing it, like Johnny Depp, Charlie Sheen, David Otunga (Jennifer Hudson's man) and Michael Bublé. The Atlantic also did a piece on it recently where they note that 5 percent of engaged men are rocking a mangagement ring. Not many, but some.

My fiancée has one

I've been most surprised from my "equal rights" friends who are against the mangagement ring. They say that it's weird. I just have to pinch the bridge of my nose with a head shake. There is no pleasing those people. Look; no matter where you stand on mangagement/engagement rings, if she gets/has to wear a ring, I get/have to too!

I want to get used to a ring

It's super weird to go from never wearing rings to wearing a ring. A very thin mangagement ring is a perfect preparation.

Not like, "I'll give this a try," sort of thing, but I'm in it to win it. I understand that women typically wear an engagement ring because in our culture, men pursue and this signals to them that a woman is off the market. But things are changing and women are getting more aggressive. While I'm not saying that I have women beating down my door, it's just a safety to make sure we are all on the same page.

So there it is. That's why I'm wearing a mangagement ring. It isn't flashy, but it is meaningful.

Editor's note: This article originally appeared on Zack Oate's blog, www.bowlofoates.com It has been republished here with permission.

Zack Oates is an entrepreneur, husband, father, hot tubber, and author (but not in that order, necessarily). He went on over 1,000 dates before he met his wife — and wrote a book to help people do it in less and enjoy it more, "Dating Never Works ... Until it Does." In addition to earning his MBA, he just started his 7th business, was voted Top 100 Entrepreneurs, rang the NASDAQ bell, and has been featured in numerous major news publications (Wall Street Journal, NYTimes, Wired Magazine, Mashable, etc.) for his ventures. He also was a management consultant for Fortune 100 companies and international nonprofits for 3 years. In addition, he started an international nonprofit working with victims of domestic violence. He has written hundreds of dating, relationship and inspirational posts at BowlofOates.com. He has been to 40 countries, but is more proud of going to over 100 hot tubs.
nextarticle 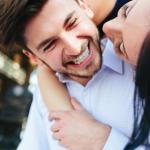