You married a person with flaws. That's an easy one.

You are a person with flaws. That's a tougher one.

It's always much simpler to see other people's weaknesses than it is to see our own. Recognizing our spouses' imperfections is one thing, but trying to "fix" our spouses as we see fit? Well, that's just a bad idea.

Your spouse will become dependent on you

If your spouse buys into the notion that you're the one who can solve all his problems, he will come to count on you to do just that. If you do not allow your spouse to figure out how to solve problems on his own, he will stop growing personally and become ever more reliant on you.

When one person is trying to control the other, it puts both on unequal footing. The person in control thinks she knows what's best - that the spouse she is trying to help is the "fixer upper." This lack of equality in your marriage will kill the intimacy in your relationship.

Your spouse will grow to resent you

She married you because she loved you, and you loved her. During the courtship phase, you looked at her with stars in your eyes and told her that she was just what you were looking for. Now, when you pick at her behavior instead of validating the parts of her that are wonderful, she digs in her heels. People rarely change their behavior just because someone else says they need to.

It's difficult enough to run your own life, let alone try to run your spouse's life as well. When he resists your efforts to control and change him, your job grows doubly hard. It takes a lot of time and energy to constantly be searching for ways to get others to do what you want. (After all, you know what's best, right?)

You rob yourself of the opportunity to chase your own dreams

When you expel all your energy trying to change someone else's behavior instead of your own, your needs fly out the window. It sounds contradictory, but it's true. What would you like to do with your life? What dreams are you putting on hold as you spend your time trying to change your spouse?

Focus on appreciating your spouse. You fell in love with her for a reason. What was it? How does she complement and complete you? We all want to feel loved, accepted and have our feelings validated. Love and acceptance bring out the best in others. Criticism and control bring out the worst.

In the popular movie, "Frozen," one line of the song "Fixer-Upper" says: "Everyone's a bit of a fixer upper." Keep in mind that the only person you'll ever really be successful "fixing" is you. 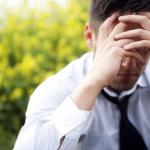