5 selfish things you have to do in marriage

Marriage is Supposed to Be a Selfless Union of Two People. But There Are Some Things That You Have to Be Selfish About.

When you got married, you probably got advice that marriage isn't about satisfying your own wants and needs. You were even told that this kind of selfish attitude has no room in a marriage - at least if you want your marriage to succeed.

Well, after several years as a marriage counselor, I have some new/better advice for you: It's okay to be selfish. In fact, you have to be selfish about some things. Here are five:

5 Selfish things you have to do in marriage

1. Stand your ground when you're right

Everyone's heard that you're supposed to compromise in your marriage. But the worst thing you can do is compromise when you're right. This does absolutely no good in your marriage. Sure, there are a lot of things you can compromise on, like what color to paint the living room or what car to buy, but there are some things that are a matter of right or wrong that you should never compromise on - like if one partner is drinking too much alcohol or your partner is favoring one of the kids. Sometimes it's okay to say you're right.

When couples see me for marriage counseling, they use this 'we' word a lot. They tell me "we have problems communicating", or "we argue a lot". And they're right. They do argue a lot. But there's a personal responsibility that each person brings into the relationship, that is missed if you keep saying 'we' instead of 'me'. I call this taking the me out of the we. Yes, as a couple you do argue a lot. But there's something you're personally doing to contribute to that arguing. Forget about saying 'we' for a minute and focus on saying 'me'.

This is selfish, because whether your relationship stays or goes, whatever steps you take to fix yourself will either help your current relationship or the next one. You're helping yourself get into a better place regardless of whether your spouse follows suit or not.

3. Take time for you

This is one that you've probably heard a hundred times before, but it's true. You have to have time for you.

When you were single, you did lots of things that defined you. You liked a certain kind of music, you had a unique group of friends, you had certain hobbies that you enjoyed, etc. But now that you're married, you listen to music you both agree on and you spend time with friends that you both like. This is good for the marriage but after a while you'll find that it's no good for you. You'll soon find yourself mourning the person you once were and you'll also resent your spouse for not allowing you to be who you want to be.

4. Standup for the relationship you want

After years of being together, couples learn how to get by with each other. They know not to bring up certain topics or to ask about going to certain places. Partners in these relationships think they're compromising, but there's a thin line between compromising and being bulldozed.

5. Have your own spending money

As a good partner you don't want to spend money on things that aren't going towards your family, so you try to be frugal and not spend anything that the family doesn't need. While this might make you a good spouse/parent, it's not very good for you. It actually does more harm for your family in the long run because it harms you in the long run.

Having your own spending money is a good way to nourish your unique wants and desires as a person. This doesn't give you permission to go crazy with money, but it's important to have your own money that you can spend on things that are uniquely important to you. Becoming a self-sacrificer usually only makes you bitter and resentful - which is no good for you or your family. 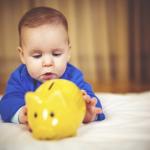 These Women Are More Likely to Have Smart…