5 things not to do with an overly critical spouse

Few Couples Start Out With the Desire to Criticize or Belittle Each Other. Generally, Criticism Surfaces as a Combination of Frustration and Poor Communication.

Few couples start out with the desire to criticize or belittle each other. Generally, criticism surfaces as a combination of frustration and poor communication. Often individuals do not have effective communication skills when they come into a marriage, and when frustrations or differences arise they are expressed in ways that come across as criticism. When this happens the other person is likely to respond defensively with a criticism of their own.

The discussion can then escalate until husband and wife are hurling personal insults at one another. In another scenario, one partner passively accepts criticism and takes on the role of victim - a situation that very often leads to abuse. All of these patterns are the result of poor communication styles. Spouses misunderstand one another and create an endless cycle of criticism and defensive behavior.

It is very likely that your spouse doesn't really want or intend to be critical, but he or she doesn't know how to communicate in a healthy way. It is absolutely possible to bring love and understanding back into a marriage, but first both partners must learn to change the way they communicate.

1. Don't fall back into old habits

In the course of trying to improve communication and end the cycle of criticism, it is helpful to become aware of the ways in which you communicate that might be problematic. For example, if you tend to exaggerate to make a point, try to stick to the facts in your discussions. These communication habits are often hard to break and can only exacerbate the problem.

Even though personal criticism from your spouse can be hurtful, responding with another cutting remark will only make the situation worse. Try to be patient and forgiving when you feel that you are being unfairly criticized. Try to remember that your spouse may be unaware of how harsh or unkind his or her comments sound. Instead of striking back, explain to your spouse how those comments make you feel. This is a good way to diffuse an escalating situation.

3. Don't allow yourself to become a victim

While it is unwise to retaliate with criticism of your own, it is equally unwise to passively accept constant criticism. By allowing your spouse to cut you down, you are establishing a power structure in which he or she is the dominant partner. If this becomes a pattern it can easily lead to harsher forms of abuse. When your spouse voices criticism about something, rather than simply accepting it, discuss the issue calmly and try to find ways both of you can improve the situation.

Although it is difficult to listen to criticism, ignoring it or withdrawing from your spouse will exacerbate the problem. Your spouse is most likely feeling frustrated and your avoidance of the issue will only increase your partner's frustration and lead to more criticism. Instead, listen to what your spouse is saying and try to see it from his or her perspective. Ask questions to clarify so that you understand the issue. Offer ideas as to how you can do things differently and listen with an open mind to suggestions.

Sometimes, it is wise to postpone a discussion if emotions are running high and you feel that things might get out of control. However, this does not mean you should put it off indefinitely. Until the argument is resolved it will continue to fester in one or both of your minds. If you feel it is best to end a discussion prematurely, set a specific time and place to resume the dialogue when you both have had a chance to calm down. 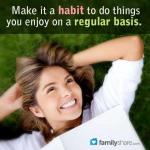