Communication May Be the Answer to Solve Many Marital Problems But What if Your Spouse Doesn't Want to Talk? Here Are a Few Things You Can Do to Make the Situation a Little Better.

There is one piece of marriage advice that can clear up numerous marital problems: communicate. While communication is crucial for the success of any marriage, it can be a lot easier said than done, especially if one partner does not have any desire to sit down and talk.

When my husband and I have disagreements, we often tell the other person what they did was inconsiderate, selfish, rude, etc. If we are upset with one another, we make it a point to let the other person know exactly why we are angry. However, in some situations, when we try to explain these feelings, the other partner gets upset and defensive. It isn't unusual for either of us to just walk away without trying to finish the conversation.

Some space may be necessary for certain conversations but when communication is left undone, it can lead to a plethora of unkind and unloving feelings. Here are a few things you can do to increase your communication, especially when you spouse won't talk.

In many circumstances, we begin to think of the worst possible scenario. We begin to think of possible reasons why our spouse doesn't want to talk to us. This is a terrible habit and one that will only lead to heartache and discouragement. It is important not to assume anything. if your spouse doesn't want to talk to you, let it be for a while and then come back to the situation. It may not be the right time or place to discuss stressful or heavy issues.

It isn't uncommon for many individuals to hold onto criticizing or unkind comments made by their spouse. In fact, many individuals hold onto these comments and throw them back at the other in a later argument or disagreement. When you do this, you make it unpleasant for your spouse to have any desire to communicate with you. He will not want to communicate for fear any previous comments or issues, especially those with no relevance to the situation, will be brought up again. When you hold onto comments and use them at a later time, communicating with one another becomes a dreaded task and one your spouse might run away from.

Keep some comments to yourself

There are some comments that should never be said to your spouse. These comments, no matter how open and honest you are being with one another, are destructive and can do much damage. For example, a husband should always be careful when discussing his wife's weight and he should never make inappropriate or rude comments about it.

It is OK to walk away - sometimes

In my marriage, both my husband and I will walk away from a conversation before it gets out of control. If we have a disagreement, it isn't uncommon for one of us to the leave the room. While this has been an excellent way for us to avoid saying something we would later regret, it has also hindered our communication as a couple. When we walk away, we don't learn how to handle situations together. We don't learn to talk things out. If the situation becomes heated and out of control, then it is OK to leave it for a later time when your emotions are calmed down. But if you can work it out, then do it. The longer you leave a situation, the more messier and heated the conversation may later become.

Communicate in a non-traditional way

If your spouse won't sit down and communicate with you, there are still ways you can talk to him and let him know how you feel. You can write a letter, send a text message, send an email, create a Facebook message, etc. Just because your spouse won't talk to you face to face, it doesn't mean you can't communicate. Find ways around your current situation and use a method that is sure to capture your spouse's attention.

Even if your spouse is not willing to discuss a matter with you, it doesn't mean they do not care and love you. Communication is much harder for some individuals than others. Just do your best to communicate with your spouse and be willing to embrace any progress he or she may take to discussing issues with one another. 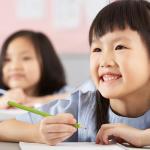 10 Tips For a Positive Back-to-School Experience