Over the Years, Older Couples Who Have Stayed Together For a Long Time Adopt Adorable Traits That They All Seem to Have in Common.

In today's society, it's not often you find couples who really grow old together. The divorce rate continues to increase, young people are not marrying, and those who divorce or whose spouse dies do not always remarry. Fewer and fewer couples reach their 40th, 50th or even 60th wedding anniversary. So, when we encounter older couples who have stayed together for a long time, we heartily recognize adorable traits that they all have in common.

They begin looking alike as they grow older

Some years ago in a New York Times article, Robert Zajonc, a psychologist at the University of Michigan, completed a research study that looked at photographs of couples over time. Overall, "the results showed that the couples had grown to look more like each other over time. And, the happier that the couple said they were, the more likely they were to have increased in their physical similarity." For the most part, if we look at pictures of our grandparents and their grandparents, we probably will quickly discover that they, indeed, look alike. Perhaps it's that melding into one spirit that prompts this "look alike" trait.

They hold hands and show affection to one another

One of the most amazing things older couples in love do is continue to show affection to one another. It's not uncommon for older couples to hold hands as they walk or when they sit together on trains, buses or in the park. Some may say it's for stability because one or the other, or even both, may have challenges staying erect. But if you look closely, you will quickly discover they just hold on to each other because they are affectionate human beings who have been together for a long time and enjoy each other's company.

Seriously, is there anything cuter than an older couple, shuffling down the sidewalk or in the mall, both a bit stooped but still walking and affectionately holding hands? Often teenagers say, "Ooohhh, they are sooooo cute" when they see these young-at-heart couples shuffling down the street together. They are still walking, even at advanced ages and even if they have to use canes to do it.

They love being together

Thus dispelling the myth that love dies after a certain number of years together. In many cases, when an older spouse dies, it isn't too long before the other passes away, too. Studies have shown that when one spouse dies, there is a 20 to 50 percent greater chance of the other spouse passing away within the year. Some call it the Sudden Adult Death Syndrome.

They finish each other's sentences

Because they have been together for so long, they have heard each other's stories a thousand times, they laugh at exactly the same spots and they basically know what the other is going to say or do. Most of us have spent time in our grandparents' homes or in the homes of elderly couples who love to tell stories. Not only do they finish each other's sentences; they also can tell parallel stories simultaneously and then pause to correct the other person if the storyline is incorrect. They are in sync and are happy to laugh about it.

Older couples are fun to watch, be with and listen to. Perhaps the key to take away from all this is that we are all going to grow old and feeble, and many of us hope to still have our spouses by our side. Growing old together as a couple can reap many benefits, particularly those related to being comfortable with each other, being kind to one another throughout our lives and knowing each other's thoughts and actions.

Darrel Hammon likes being outdoors, growing things and seeing things the way they could be. You can read more of his musings at darrelhammon.blogspot.com. He and his wife worked as welfare volunteers in the Caribbean.
nextarticle 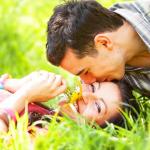 5 Things That Need to Stop Immediately to…