5 traits of a good listener

I Used to Think I Was a Good Listener... Then My Wife Showed Me How Wrong I Was.

I used to think I was a good listener.

Being a "good listener" is one of those things most people think about themselves. We all believe we're good drivers, good listeners, and have a good sense of humor, but listening is one of those areas where we don't see our own blind spots. I learned this the hard way.

The day I discovered that I was NOT a good listener happened during a premarital course my wife Ashley and I were going through while we were engaged. We were asked to do an exercise where one of us had to talk for two minutes about something (we were given specific topics) and the other was supposed to spend that time listening. Once our partner had completed his or her dialogue, we were able to respond, but the first part of the response had to be restating and summarizing what had just been said.

I anxiously awaited Ashley to finish the details of her story, so I could begin my response and impress her with my stellar listening skills. As instructed, I started off with the phrase, "What I hear you saying is..." and then I did my best to recap her thoughts and feelings before responding with my own thoughts.

Before I could get to my own thoughts, she looked at me with disappointment and confusion on that beautiful face of hers and said, "You weren't listening. That's not what I said!"

Like I was saying, I wasn't as good a listener as I thought I was.

I was committing a classic mistake in communicating...instead of listening to understand what's being said, I was "listening" for a few key points while letting my mind wander to pre-planning my response or daydreaming about something else entirely. Over the years, I've tried to hone these communication skills, because I've come to realize good listening is vital to a good marriage, but I still have a long way to go!

I have a Master's Degree in Communication, but it didn't do much of anything to help me be a good listener (even though listening is the most important part of communication). The listening lessons I've picked up have been learned through a lot of experience and even failures on my part along with the insights many others have shared with me over the years. Ashley has always been a much better listener than me, so I've picked up a lot of these principles simply by how she engages in our conversations.

To become a better listener

(which will automatically make you a better communicator), try the following:

None of us are as good at multitasking as we'd like to think. Turn off your phones and give each other your full attention. Remove the barriers to listening and it will become a lot easier.

2. Ask questions before you respond

Instead of just jumping into a response when your spouse finishes speaking, make sure you're responding to what he/she actually said! You can do this be asking questions or even doing the exercise I mentioned in the first part of this post. Begin your response by summarizing their statement: "What I hear you saying is..."

Your spouse wants to be heard and not just so you can tell him/her what they need to do. They need your encouragement and support, not just your advice.

4. Speak in paragraphs, not "tweets"

I love social media, but the bombardment of constant information has lowered our tolerance for meaningful conversations. If it can't be said in a short sentence, we don't always want to hear it, but there are no shortcuts to effective communication. Take the time to do it right. Don't rush each other.

5. Respond nonverbally while he/she is speaking

Don't just stare off in space waiting for your turn to talk. A healthy conversation has only one person talking at a time, but both people are communicating the entire time. You can respond with your eye contact, facial expressions and non-verbals to let them know you're engaged. 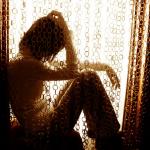 5 Ways to Deal With Emotional Earthquakes