5 vital ways to connect with your spouse

Lack of Touch in Marriage is Both a Symptom of Other Problems and a Large Problem in an of Itself.

I sat with a couple in my office recently, and before either of them had spoken a word, I already knew they were having serious problems in their marriage I knew because of their posture, and the distance between them. They never touched each other.

As my wife Ashley and I have interacted with couples from all walks of life, we've discovered that one of the biggest problems in modern marriages is a lack of touch.Lack of touch in marriage is both a symptom of other problems and a large problem in an of itself.

I'm not just talking about a lack of physical tough (although that's a big part of it), but a larger "disconnect" that happens on a physical, sexual, emotional and even spiritual level. I'm convinced there are at least five vital "touch points" in marriage and each of these areas needs frequent attention. These include...

A husband and wife need to hold each other. They need to hold hands, to caress one another, to give massages, to hug each other, to put an arm around their spouse's shoulder, and to touch as often as they can. When physical touch is absent, the marriage is headed for trouble. When you're touching physically, it's like having your cell phone plugged into a charger. It's a source of much-needed daily recharging.

This is a sacred aspect of marriage, because it's a form of touch meant exclusively for your spouse. It's a need that cannot be met by anyone other than your spouse, and the intimacy of this aspect of your relationship will bind you closer together than nearly any other factor.

Are you your spouse's biggest encourager or are you his/her biggest critic? It's usually one or the other extreme. Choose to be an encourager! By your words and your actions, give reassurance and encouragement as often as you can. Those touch points of encouragement will be a source of fuel for your spouse and a source of strength for your marriage.

This refers to connecting on an emotional level. It doesn't mean you have to hold hands and cry together all the time. It simply means your spouse wants and needs to know what's happening in your thoughts, your hopes, your dreams and your fears. When you open up about those emotionally-complex areas and encourage our spouse to do the same, it will bind your hearts and minds together in new ways.

Couples who consistently pray together are statistically less likely to divorce than nearly another other group. God created your marriage to be not just a physical union, but a spiritual one as well. Touching a body is easy, but when you strive to touch your spouse's soul, the sacred bond of marriage grows stronger.This shouldn't be weird or mystical. Start by simply taking a few minutes at the end of each day to say a pray with and for each other.

This article was originally published on Pathoes. It has been republished here with permission. 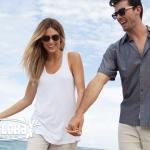 11 Things Your Wife Needs From You But…