If Your In-Laws Are Driving You Crazy There is Something You Can Do. Here Are a Few Suggestions That Just Might Calm the Stormy Waters.

When you marry the one you love, you immediately marry a pool of relatives that may or may not be to your liking. Whichever it is, you're stuck with them. They are now yours and it becomes your duty to do the best you can to get along with them. If you're thinking that's not even in the realm of possibility, you may be surprised at how possible it really is.

Here are 5 things to help you on your journey of in-law peace-making.

1. Accept them for who they are

They're not like you. Some of the characteristics that at times jump out and strike you as more than odd may turn you off. Give them a break. They have different things going on in their lives that influence the way they act.

It may be they were abused as a child, or were in some way neglected or emotionally hurt. It may be they never felt loved. When that happens it's hard for someone to be loveable to others. The only way they learn is to have someone finally love them, in spite of their oddities. That doesn't mean you have to snuggle up to them whenever they're around, but it does mean you treat them with kindness, and maybe even put a friendly arm around a shoulder at times.

2. Be forgiving when they hurt your feelings

If they have hurt your feelings or insulted you, you can certainly let them know, in a gentle way, that what they said was hurtful. They may not realize they hurt you. Or maybe they intended to hurt you. Let them know you never want to hurt them. Ask what it is that you can do to help them feel better about you.

Find out what it is you may have done that offended them. You may need to say the words, "I forgive you." Or, "Please forgive me." Be the one to reach out and mend the fence. A lot of relationships stay broken because no one will take the first step to do the mending.

3. Set your boundary and make it stick

When an in-law is blatantly trying to ruin your marriage, it's time to set your boundaries. Since these folks are your spouse's family, he or she needs to be the one to let the boundary be known.

James and Sherry had this challenge and decided to take action. Sherry's mother was continually berating James, saying unkind things about him to her and other family members. Sometimes even to James. Sherry finally realized she needed to set a boundary. She met with her mother privately and said, "Mom, I love you. And I love James. In the past some very unkind things have been said about him to me and other members of our family. That's very hurtful."

Then she looked her mother in the eyes and kindly, but firmly, said, "Don't ever talk about James like that again. Ever. He's my husband and I love him." Her mother was surprised, but said she would do better.

4. Pay attention to the good they do

Notice the good in them, and comment on it. When you see them do something that deserves a compliment, give it. No matter how small.

They cannot help but feel kindly towards you when this happens, even if they can't express the gratitude they are feeling. Sometimes it's hard to ask an unfriendly in-law to help you, but if the chance to ask for their help comes, ask. It always feels good to be needed by someone else. If they refuse, just say, "That's OK. If it works out for you later, that would be nice. If it doesn't, it's still OK. I know you're busy."

If they help you in any way, no matter how insignificant, thank them. Appreciation goes a long way.

If you are weary of the complaints of an in-law, you might consider doing what Julie did. Her mother-in-law drove her crazy with her endless whining about how bad her life was. If it wasn't her aching back, it was her failing eyesight, or just complaining that nobody cared about her.

One evening Julie made a change. Instead of telling her mother-in-law that her life wasn't so bad and that she should appreciate what she did have, she decided to listen to her. When the barrage of complaints began that evening at a family gathering, Julie just listened and validated her feelings. She said, "That must really be hard. I'm so sorry these things are happening to you."

She didn't give her mother-in law any advice or try to change her thinking. She just listened. That was when she began to understand from her mother-in-law's perspective. It changed everything. They were able to develop a loving relationship that had never existed before.

If, in the end, you have in-laws that cannot seem to be won over, and are bent on destroying your marriage, no matter what you do, avoid being with them.

Some couples move away and find the peace they need to build their marriage. Do whatever it takes to protect your marriage. That's what matters most. 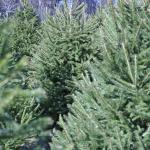 Don't Let This Get Under Your Skin This…