5 Ways to Show You Really Want Him (Without Seeming Desperate)

Trust Me, You're Overthinking This Whole Thing.

So there's this guy. He's gorgeous and everything you could ever want in a man. There is a slight problem, though - you don't even know how to get him to notice you. You're afraid if you talk to him you'll just come across as desperate and he'll never want to talk to you again.

What do you do? By doing any (or all) of these five things, you can show him you really want him without seeming desperate:

Start a conversation that's meaningful, not just passive conversation, like "How was your weekend?" Ask questions that will help you to really get to know him and his personality. Find something you both have in common, and start there. Having a conversation that lets you learn more about each other gives the relationship a chance to grow.

2. Compliment something about him

There's something effortless about connecting with someone over a compliment. If you think what he's wearing is handsome, let him know. If his cologne smells nice, tell him. Keep it simple, but from the heart. Whatever you do, don't compliment him on something you saw on social media you don't want him to know you've been casually stalking his Facebook profile (because that would be not only weird, but super awkward).

If you really like him, he won't ever know if you just stare at him with googly eyes from far away. The only way to show your interest is to talk to him and get to know him yourself. Don't let your friends talk to him for you or just passively "like" his Instagram pictures. Be there and show him you're interested in spending time with him and learning more about him.

Yes, getting the guts to talk to a guy is scary. Even guys get that nervous pit in their stomach before they muster up the courage to talk to a pretty girl. Confidence is attractive in anyone, and he's sure to notice your resolve to say hello, even if you're red in the face from feeling awkward and are nervous about the whole ordeal. If he's the kind of the man you think he is, he'll love talking to you and getting to know you as well.

Flirting is something you learn how to do with practice, but most of it is pretty intuitive. When you're with him, flirt with your eyes. Flirt with your gentle touch. Be flirty in your conversations with him. Don't overthink it and definitely don't overdo it - just keep your actions simple, but enough to show him that you're interested in him. At that point, it's up to him to flirt back.

Keep these five things in mind and that guy will know you like him. But whatever happens, don't be discouraged if he doesn't show the same level of interest. He's not the last man in the world who could ever love you - you've got plenty of options. 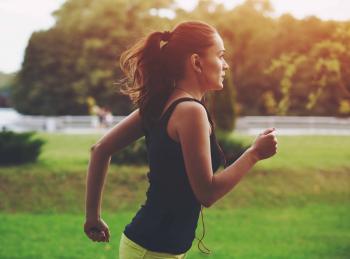 The Older You Get, the Harder It is…