We men get our feelings hurt much more frequently than we would ever admit to.

I'm going to make a confession to you. It's a confession many men will try to deny, but it's the truth. Here it is... we men get our feelings hurt a lot more than we admit. Wow. I already feel a sense of relief now that this HUGE secret if off my chest!

We tend to create gender stereotypes where women are more "emotional," but both men and women are emotional beings. Yes, women often are more outwardly demonstrative with their emotional expression while men tend to internalize, but both genders get their feelings hurt at about the same rate.

Sometimes, we hurt each other on purpose (which is never justified), but very often in marriage, a husband and wife can hurt each other's feelings by accident. Below are a few examples of the primary ways women unknowingly hurt their husband.

A wife can hurt her husbands feelings (on accident) when...

1. She double-checks or corrects his work on simple tasks

Men tend to gain great pride through our work. Even with simple tasks like mowing the yard, most of us guys take great pride in a job well done. When a wife is always checking or correcting a husband's work around the house or yard, she just thinks she's helping him see his blind spots (which she probably is), but often this will cause deep frustration or even hurt in the husband. He may not vocalize it, but it can turn into an outburst of frustration in other areas.

2. She consistently rejects his sexual advances

Most men list "sex" as their number one or number two need in marriage (it's not anywhere in the top 5 for most women). Since a man's wife is the only legitimate place where this need can be met, when there's consistent "rejection" it will not only create physical frustration, it can also create some emotional pain, because any form of rejection in marriage will eventually create some hurt feelings.

One of the biggest desires of most men is to be an adequate provider for the needs and wants of his wife and family. When a wife makes comments lamenting the family's limited resources or how she'd love to buy something far beyond the family's current budget, even though she usually means no harm, most men will internalize these comments and think, "

I'm a loser. I can't give my wife what she wants." It's okay to want things and work towards having more, but choosing an attitude of contentment and resourcefulness in marriage is key to both spouses being at their best.

4. She consistently questions his judgment

When a man makes a decision or declares somethings and the wife's first response is something like, " she's usually just being thorough with the details, but what the man hears is, "I don't respect you." This one surprises a lot of couples, but this is huge. Men have a HUGE need for respect and we tend to measure respect in subtle ways. It's obviously important to ask questions of each other, but always try to be intentional about communicating trust in his judgment and his character.

5. She doesn't say "Thank you" because she assumes he knows he's appreciated.

According to research from my friend and bestselling author, Shaunti Feldhahn, men desire to hear the phrase "Thank you" even more than they desire to hear, "I love you." 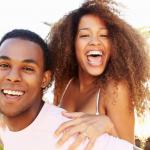 The Surprising Science of a Happy Marriage