Do you have these qualities?

There is so much advice out there about how to build a lasting relationship, but how do you know what advice really works? This concern has been brought to researchers time and time again, and their studies have come up with interesting results.

Here is what science says are the characteristics that make a relationship last:

Nothing can shake the foundation of a relationship like bottling up negativity. A 14-year study of 79 couples revealed that couples who consistently argued, as opposed to couples who rarely argued, had more lasting relationships. According to the results of the study, couples who have fewer arguments bottle up resentments causing them to burst out at all at once, causing a larger blow-up. For this reason, it's recommended that you choose to discuss challenging topics, hurt feelings, etc. as they come instead of attempting to bury them.

According to a study published in the Journal of Couple and Relationship Therapy, couples who text frequently, apologize over text or use texting to discuss big decisions are less satisfied in their relationships than those who don't. However, the study of nearly 300 couples ages 18 to 25 did reveal that using text to express affection can enhance relationship quality. So if you want to make your relationship last, remember to use that handy calling app on your phone.

Marriage researcher Dr. John Gottman can predict with 96 percent accuracy whether a couple will get divorced. So what has he learned about what causes a relationship to survive? He says it's all about the numbers. According to Gottman, you need to have a ratio of five positive interactions with your spouse to every negative one. He even recommends putting a sheet of paper on the fridge with a positive and negative column to track your interactions to ensure that you are keeping a healthy ratio.

This shouldn't be a surprise, but honesty is a characteristic men are attracted to. In a study published in the Journal of Research Personality, men were given photos of women and a list of her characteristics. When photos of a woman were paired with the trait "honesty," men rated her as more fit, attractive, kind and feminine than when she was paired with other traits. So keeping that attraction live may be as simple as being honest.

Apparently, scientists have discovered that staying in the "honeymoon phase" helps a relationship. Using brain scans, scientists analyzed what aided couples' ability to not only stay in a relationship but to stay "in love" as well. The main characteristic was the ability to sustain "positive illusions."

According to government estimates, only about half of first marriages last over 20 years. However, there is one group that surpasses these estimates: college-educated women. According to research from the National Center for Health Statistics, 78 percent of college-educated women in their first marriage would stay married for at least 20 years. However, only 40 percent of women with a high school education or less stay married over 20 years. In other words, having an education impacts your life positively in more ways than one. 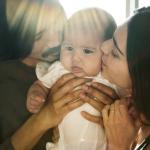 10 Things Dads Can Do to Give Their…