If You're in a Relationship, You Might Ask Yourself if Your Man Wants a Future Family With You. Here Are Some Subtle Hints He's Thinking About It.

It's hard to know whether your man will want to marry you and start a family someday. But he's been giving you subtle hints about having a family with you without you noticing it. So, here are few of the details you might have missed in the process:

Whenever he has troubles, you're the person he runs to. This shows that he's comfortable with you. He wants to keep you updated with the things that are happening in his life - happy or sad. You'll be his human diary and vice versa. He'll always value your opinions since he knows you're honest and he knows you'll never break his trust.

You're always included in his plans

Your opinions matter to him

He might ask you questions about how you want your future to play out. He could ask about the ideal age to move out of your parents house, what's important to you about moving out or what you want your dream home to look like someday. Chances are, he's taking mental notes on all your opinions that have to do with your future.

He's changing the pronouns he uses

Does the "I" change to "we?" Be mindful about how he's using his pronouns. Most married couples tend to lose those "I," "my" and "mine" and change to "we," "our" and "ours" when talking about themselves as a couple.

Is he now using "when" instead of "if?" This seems vague, right? For example, "When we get married," has a greater impact than "If we get married," since the latter doesn't give any assurance that you will get married soon.

He always says that phrase

No, this isn't the three-word-phrase. This line is better than "I love you." If your partner started describing you as someone he's been looking for, then this might be a hint that he'll tie the knot with you someday.

Every man has their ideal "type," and maybe you exceeded his expectations. If you've heard something like, "You're the one," it's as if he's already proposing (in an indirect way).

He thinks you'll be a great mom

Have you noticed him staring at you when you take care of your siblings or stop your niece or nephew from crying? He might stay silent about it, but he's observing how you handle the difficulty of being a mother.

Don't ever take him saying, "You'll be a great mother to our kids someday" lightly. Even if it sounds like a joke, remember men tend to be very cautious of their future and the best way to hide it is to joke about it.

Women tend to overlook the things that their man is subtly saying. It's easy to misinterpret their words and gestures. The best thing you can do is be patient and wait for him. You'll marry him when the time is right, so in the meantime, be happy you're with the one you love.

Donna Estrada is a writer who spends her time reading books and blogs. She loves surfing the internet and doing research.
nextarticle 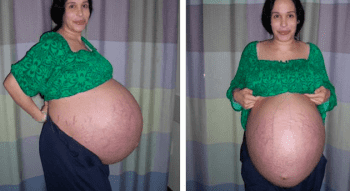 Meet the Mother Who Had 8 Children at…