Saying These Things Does a Lot More Damage Than You May Realize.

You love your husband to death and the last thing you ever want to do is hurt him. He feels the same way about you. However, you might be hurting your husband without realizing it. Take a look at the dangerous phrases below and be conscious of letting them slip out of your mouth. They can do much more damage than you might think (which you can understand as many of these phrases work both ways). Here we go:

Your husband loves you more than life itself. Trust me, he wishes he could give you the whole world. You may not intend for this phrase to hurt, but men will oftentimes interpret this phrase as, "I wish you were a better provider." That hurts.

Comparing your husband to other men is always a bad idea. Conceptually, not doing this is a no-brainer, but comparative phrases sneak in more often than you probably realize. Be careful to not use comparisons in your relationship.

He wants to feel like he'senough. Comparing your husband to other men in a negative way will destroy his confidence, making your man feel like you'd rather be with someone more capable than him.

Second guessing your husband is a great way to start a fight. Don't get me wrong though; I'm not advocating for you to completely submit yourself to the crazy ideas your husband sometimes suggests. However, for the trivial matters, try to take a step back and ask yourself if doubting him is worth the trouble.

Remember (and this goes for your husband too): It's more important to love than to be right.

This phrase is only dangerous when applied in a negative context. The danger here comes from inadvertently isolating, or cornering your man. You're a team. If there's a problem in your marriage it's never just his problem (or vice versa). You've both got to deal with it. That's the deal you made when you got hitched. Try working through conflicts in terms of we instead of youand I.

Men love to fix things. We love to feel useful, capable. There's nothing that puts out a guy's fire faster than to emasculate him by saying he's not physically capable of getting a job done. If trying isn't going to kill him, let him have a whack at whatever it is. Be encouraging. He wants you to be on his side.

We just talked about the you part of this phrase, but backing it up with an absolute, like always or never, is much worse. It's a judgemental word that makes him feel like your opinion of him will never change.

To help this phrase sink in, allow me to use an example from pop culture. In the "Star Wars" saga (which your husband is probably a huge fan of) the ultimate villain is called a Sith Lord. They're advocates of evil, bent on gaining power over others. A very wise Jedi (those are the protagonists) called Obi Wan Kenobi says to his former apprentice, "Only a Sith deals in absolutes." 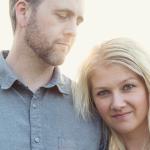 10 Sneaky Things Your Husband is Hiding From…