6 reasons men lie to their wives

Men Lie Three Times as Much as Women -- and Here's Why.

Men are three times more likely to lie than women. So what is their reasoning behind all the fibs?

Sometimes men lie because the truth is too painful for their wives to know. If your husband lost his job, had an affair or experienced something traumatic, he might be lying to protect you from the sadness the truth would bring. This is not a good way to deal with the situation, but he could be trying to be considerate of how you will feel.

If a man doesn't want to get in trouble for something he did, he will sometimes lie to avoid the consequences. Yes, it's cowardly, but it might be the reason that he is lying — he is scared and looking out for himself.

If the truth will cause an uproar, he might be trying to preserve the peace for as long as he can. He doesn't want to deal with the harmful repercussions, so he tries to smooth things out by pretending that nothing happened. Especially if the truth will affect your children, his intention is probably to prevent fighting and frustration.

4. To make themselves look better

Men brag about their accomplishments, but sometimes it gets out of control. They might start lying about the great things they've done, or they might lie to hide their mistakes. Either way, they come out looking better. Men who lie just to keep up their reputation like this are most likely hiding something.

On rare occasions, men might tell lies that aren't all bad. He might lie to keep you from finding out about the special evening he's planning for you, or to stop you from finding that present he got for you. Honesty is usually the best policy, but in a case like this, the lies are actually pretty cute.

A few men out there are genuinely embarrassed by praise. In order to avoid the spotlight, they'll fib and say that they don't deserve the recognition they're getting. They don't want people gushing compliments, so they lie to get away from all that attention.

Hannah Chudleigh joined FamilyShare because of its positive influence on families worldwide. She has a bachelor's degree in English and loves reading, writing, and running.
nextarticle 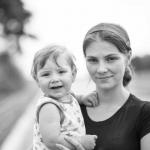 Why Your Kids Need to See You Make…