6 Signs Your Girlfriend is Also Your Best Friend

A girlfriend who is also a best friend has incredible qualities. While each man is attracted to a different sort of woman, specific actions that she displays can make a man feel like he’s in the best relationship. She’s the kind of person you can laugh with daily and turn to when you need a shoulder to cry. Pay attention to the big things and the little things – the significant actions and the subtle actions. A good girlfriend will share long-term goals and is committed to making those goals a reality. Here are six signs your girlfriend is also your best friend.

Men are often turned on by women who make them better, and a girlfriend who is also a best friend wants nothing more than for her man to succeed. Any man who has a great girlfriend will tell you that she makes him a better man. She does not have to say or do anything; it just is the way. She elevates you to be your best self. You can get a good idea from your friends and family. Are they excited or relaxed when the two of you come around together? This type of girl brings out the best in you and everyone around you can see it.

She knows what you’re thinking.

A girlfriend who is also your best friend can seem like a mind reader. She always knows what you’re thinking. It’s not quite like you can read each other’s minds, but you’re so comfortable with each other that it sometimes feels like that. One of the reasons is because you started as friends. Great things take time. When you’re at this stage, first dates feel different than first hangouts. You get to know each other’s personality when you’re not as worried about trying to impress the other person.

She has a relationship with your family and friends.

One big sign your girlfriend is your best friend when she is very close to your friends and family. She knows the people that mean the most to her man. She helps your parents out at Thanksgiving and knows all the family jokes because she has spent the time getting to know you intimately. Ultimately, a man loves a woman who is a good fit with the people in his life. A girlfriend who is also your best friend will also give you the space to have quality time with your friends. While she connects with your boys, she also does not impose when she knows you want a little space.

She loves you for who you are and what you’re not.

People tend to believe that ‘true love’ relationships are out of reach, but having a relationship with your best friend can feel like that. A girlfriend who is also a best friend loves her man for who he is and who he is not. She sees his weaknesses and will try to uplift him. Boyfriends can recognize when the love from their girlfriends is pure. This is the kind of person who cares about another person’s happiness without any thought for what she might get for herself. This kind of woman loves her boyfriend just the way he is and does not try to make him become a different person. The only change she would push for is one that would make him a better person. A good girlfriend is not afraid to challenge her boyfriend in ways he has not been tested before.

She has seen you at your best and your worst.

She has similar interests and beliefs.

A man loves and respects a woman who has similar interests and respects their beliefs. The more you know each other in your relationship, the more you realize how similar you are. This doesn’t happen overnight. Friendship will bring you to this place. On top of being unbelievably connected, a good woman shares similar values, hopes, and dreams. You will be immediately inspired by each other when you share the same core beliefs, which allows the two of you to build a strong, loving foundation based on mutual respect. Too often, we end up in relationships with people who do not share our beliefs and values, and the relationship gets derailed before it even had a chance. This usually isn’t the case with someone we consider a close friend.

Men are attracted to women who make them feel good physically, mentally and emotionally. Who does this better than a girlfriend who is also best friend? A good girlfriend adds to your life. She does not take away from it. Your emotions can lead you to women that you would be better without, but it can also lead you to good people. If you can take a step back and say your life is better because that woman you are with is a part of it, she may just be your best friend too. Women who demonstrate the qualities here should be held on to. 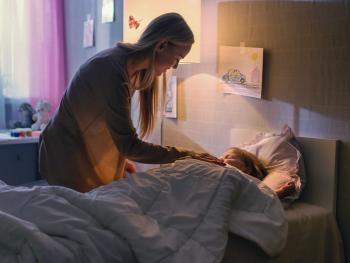 How to Ease Back into Back-to-School Bedtime Routine