6 sneaky truths men hide when they are dating you

It's Nice to Have Someone to Snuggle With, But That's Not the Whole Story.

Not that you can't be happy when you are single, but being in a relationship is great. Whether it's the built-in-best-friend, the ridiculous celebrity couple nicknames, or the kisses, the whole boyfriend/girlfriend thing has its perks. We know no relationship is perfect, but there is more to just snuggling when it comes to why your mister wants to date you. You might not know it, but your man could be using your relationship to get away with these six silly things:

Girls' pockets can hold about half a tube of lipstick, while men's pockets can fit a pair of keys, a wallet, a massive phone, and about 57 other things. However, there isn't a pair of jeans on this planet that can fit an entire box of Cheez-It's and a couple of sodas. That's where the girlfriend comes in. A good-sized stylish bag can stash a multitude of snacks inside without a problem. Your man would never admit it, but having a girlfriend means never being an arm's length away from a small and tote-able convenience store.

Mr. Wonderful pretends he wants to eat at a sport's bar instead of those cute lunch counters but that's not entirely true. The truth is- he loves it. Of course he wouldn't tell you how much he likes the chocolate covered strawberries that come with the soup and sandwich combo, but now you know. He might occasionally complain about going to lunch at a "chick place" but he's secretly in love with the chicken artichoke club and the grapefruit lemonade.

Playing the dating game is exhausting. However, once you are "boyfriend status," there's no need to worry about getting numbers, creepily staring at a girl while she studies at the library, or feeling like you need to go out and "meet new people." Your social calendar of going on blind dates and parties is now full of nights staying in watching Netflix with your honey, or wandering around the town holding her hand. Your man isn't just dating you to get a break from the dating game, but it's a definite plus side of having a girlfriend.

Every holiday get together that includes Aunt Marge gets loads better when he has a cute girl's hand to whole. When a man isn't dating someone, his entire life is scrutinized. He's constantly being bombarded by every relative, asking why he's not dating anyone, why he ever broke up with that one girl, and if he ever plans to settle down. It's exhausting. However, once you have a girlfriend, those questions are replaced with easier ones to brush off. He loves the snuggles and kisses, but he also loves not having his life under a microscope.

Not that he uses your relationship as an excuse, but it does come in handy. Instead of needing to come up with some lame excuse to refuse an obligatory boy's night, he can plan an adorable date to get him out of anything he doesn't want to attend. Of course, he loves being able to spend time with you, but the ability to say he's got big plans with his girl means he can also get out of those terrible work parties. You get a cute night out and he gets to avoid boring small talk; this one's a win-win for the both of you.

Society seems to dictate that men can't love a good Nicholas Sparks' movie unless he's there with his girl. Once he's dating someone special, there's no need to lie about "accidentally" letting "The Notebook" stream. He won't love all of your favorite movies, but he will be grateful he can watch some sappy French film without feeling like he's going to be teased by anyone keeping an eye on his viewing history.

Whenever your mister complains about eating at your adorable sandwich counter, or when you think you hear him sigh when you suggest a movie, just know he's not really complaining. And while it's sort of a pain to stuff an entire bag of Goldfish crackers into your leather bag, you know it makes him happy...but don't let me know you know his secrets. 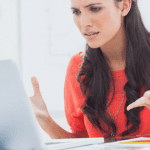 10 of the Most Annoying People on Social…