When a Man Loves a Woman, Nothing Will Stop Him From Doing These 6 Things.

It was a few weeks after my incredible wedding to my wonderful husband that I started to worry about everything under the sun.

With all the pressure of becoming a wife, going to my first semester of college full-time and learning how to live with another person, my mental health decreased to the point where I was having full-blown panic attacks over the silliest things.

My anxiety got so bad that some nights I would just cry for no reason at all. I couldn't stop, either. Sometimes, it was sort of a laugh-cry because I was laughing at myself for crying.

During these long nights, my husband held me. He would stay up with me until 2 a.m. and talk with me about fun things we were going to do, places we were going to go and anything else he could think of until I was calm and happy.

Thinking back on this time, he had every reason to tell me what I was worrying about was silly and I should just get over it. After all, half the time I had no idea why I was even panicking. But, I realized something about him during this rough time.

He really, truly loves me.

Although this is just one example, there are so many ways you can tell if your man is really, deeply in love with you - it's obvious through his actions.

Of course, there are about a million ways to tell if your mister really loves you, but if he does these six things, you know he truly does:

When you honestly love your spouse, their words matter to you. You even go as far as to seek out their opinions. This is especially true for men.

When he listens to your advice and counsel, you know he loves you. It shows that he trusts you and values your opinion enough to take what you have to say to heart.

This might seem a little strange, but hear me out. How many times do you argue with someone you don't care about?

You probably don't because you only care about resolving issues and disagreements with the people who matter most to you.

Of course, if arguments are happening constantly and you're always picking fights with each other, that's not healthy. However, a man who really loves you will always want to work things out, even if that means a heated discussion. He'll constantly build the relationship, even if you have to argue to get there.

3. He'll be willing to change his mind

I love him, but my husband is stubborn - he might be one of the most stubborn people I've ever met. That being said, he is willing to change if it makes me happy. This goes for any man - even the most stubborn of men can change their plans if it benefits the woman they adore.

He'll do this because he respects his opinions and ideas are important to him. You know your man loves you when is able to compromise on things he had firm opinions on before. You'll know he really loves you when he does this with a happy and willing heart.

4. He'll always fight for you

This goes beyond the idea that males want what they want and they'll do anything to get it. He knows you're one of a kind, something he can't just find anywhere else. Because of this, he'll fight for you.

He would never fight for something or someone he doesn't really care about, but because he loves you, he will always be there to defend you or help you in any way he can.

5. He'll be completely honest with you

If you're doing something that drives him crazy, he'll tell you. If he's going somewhere with his friends, he's not going to lie about where they're going or what they're doing (he wouldn't want to do anything you would disapprove of, anyway).

He tells you the truth because he respects you and loves you more than anything in the world. Also, you'll know it's true love if he doesn't feel the need to lie because he would never do anything bad enough to fib about in the first place.

6. He'll do anything for you - the woman he truly loves

A man in love supports, uplifts, guides, helps and is just there for his lovely wife. He is there to have fun with her, share her dreams and ambitions, laugh with her and even cry with her.

Love means that he wants to spend his life with you by his side, and face whatever obstacles may arise.

If you want to know for yourself that your man loves you, look out for these six things. If he has done them and more, never, ever let that him go. 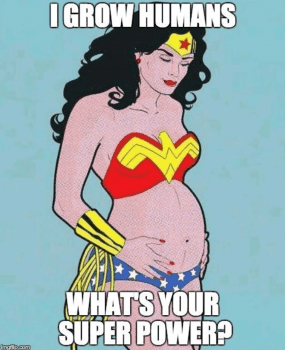 I Feel so Complete, Blessed and Thankful' Gal…