6 things you say that make a man instantly lose interest

There Are Some Topics That Are Instant Mood Killers For Guys.

When we are looking for potential friends and possible spouses, one of the best ways to get to know someone's true self is by talking with them. You can pick up clues to how a person behaves their beliefs and ideals by just listening to what they say. Sometimes we try to be witty, or cute, but there are certain things we may say that are usually turn offs for guys.

Here are 6 things that will kill a man's feelings for you:

Nowadays it may come as a surprise that there are still people that don't realize what they are saying may come off as racist. It could be a joke or observation, but even the most educated person can say something that is totally racist and offensive. It can really kill a guy's feelings for her if he hears something disrespectful or judgmental come from her about an entire race. She should be more aware of what she is saying before offending an entire race with one comment.

2. Too much talk about material things

Some girls are guilty of talking about their material things in an attempt to show they come from money, or just to flaunt or make clear what they expect from a guy. Most guys are more interested in who she is, not what she owns. They will be able to tell by being around her what type of lifestyle she leads. It is not something that she needs to bring up all the time in conversations; in fact, it is more attractive when she does not talk about material things at all.

Putting down others only makes her look small. If a guy hears her making fun of someone else, it is an easy way to kill his feelings for her. It shows her true character, and that she is someone who does not have a lot of compassion or love for others, especially others she does not know. A lot of the time people will add "just kidding" to their put downs in an attempt to come off as a joke, but that is a turn off as well. Even jokingly putting someone down is still a put down.

Gossiping only spreads rumors and lies. If he sees her participating or initiating gossip, it can be a huge turn off. A person who gossips usually does so to build themselves up, or to tear someone down they do not like. That kind of behavior only makes the gossiper look shallow and mean.

If a girl is constantly second-guessing how she looks, what she says and how she acts, it shows that she may not have the best self-esteem, and that she always needs reassurance. Men like confident women. Sure there is a thing as over-confident, and it is okay to be humble and need a compliment every once in a while, but if he is constantly trying to make her believe in herself it can definitely kill the mood.

A huge mood killer is negative talk. If a girl is speaking negatively about a guy, or about life in general, it tends to bring people down verses raising spirits and bringing happiness to the conversation. A guy will definitely feel more comfortable and confident around a woman that does not dwell on the negative things in life.

Women have such good qualities that they bring to a relationship, if they focus on those rather than gossip, negativity or put downs, it can benefit the relationship instead of killing the mood. If you are wondering why someone is no longer hanging around or getting in the mood, perhaps examine if you are guilty of any of these mood killers. 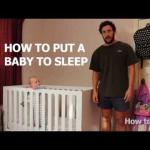 This Hilarious Video of a Dad Putting His…