6 tips on spotting men who are secretly selfish

Need Help to Spot Someone Who's Secretly Selfish? These Six Tips Will Do Just the Trick.

Secret selfishness is a spot some smitten woman can find themselves in when they think they've found Mr. Right. But there are some nifty ways to spot hidden selfishness in what looks like typical behaviors.

If you see these six types of men take a good, hard look before committing, or you'll find yourself in a long stalemate with selfishness:

Being frugal and money-minded may be a smart move in today's economy, but that doesn't mean you should settle for clearance items and seasonal sales in your love life.

If the guy you're fawning over refuses to romance you in a way that makes you feel special, opting instead to find the quickest and cheapest route to your heart, you're dealing with a penny pincher whose grip is only going to get tighter.

Be it an heir, mogul or playboy, when a man flashes his cash to get what he wants, you can bet that dangling carrot comes with some strings attached.

This big shot throws his weight around in $100 bills and expects others to fall in line, even if it doesn't appear so in the beginning. At some point he is going to expect to reap what he has sown and is used to people answering his every whim with a resounding "yes!"

On another note, pay attention to how the spender, or any man for that matter, treats those around him. If he is rude or demanding to service industry workers, especially waiters and room attendants, he is undeniably selfish, no matter how he treats you.

If your man is a classic brainiac that doesn't always mean you have a selfish situation brewing. But pay attention to how he uses all that brain power.

If he spends his time studying instead of experiencing, theorizing instead of acting, and analyzing instead of feeling, you have a single-minded fellow on your hands who will no doubt leave you and your emotions high and dry for more satisfying pursuits; like more knowledge.

This man is selfish with his time, affection, emotions and more.

Somewhat opposite of the scholar is the "enlightened" free spirit who considers himself wise, at peace and in the flow. He may or may not be educated, but at the very least he is disorganized and inconsiderate with your time. He lives life by his own schedule, which is usually none, and doesn't think about how your life calls for precision or details at times.

He's constantly late, breaks plans, or changes plans without notice. And he'll do it with a sweet smile, expecting you to be pleased instead or at least unruffled.

Don't be fooled by the nice guy's calm demeanor and charm; there is more than meets the eye.

This guy is always at the short end of the stick and doesn't know why. He is perfect, and his relationship troubles are everyone else's fault.

For some reason, he just can't find the right girl and doesn't understand why he's the wrong guy. But this one can be hard to spot, unless you know what to look for. The "nice guy" goes down one of two roads: Mr. Picky or Mr. Fix-her-upper.

If a nice guy who treats a woman well can't seem to snag one for long, it's because he is incredibly picky. He will either reject many prospects because they are not perfect, or he will "advise," criticize or needle someone into being who he wants her to be.

Call them jocks, meat-heads, juicers or what have you, workouts and practices will always come before you. If he does manage to pull himself away from the gym, you better be prepared to make up for what he missed. Plus, no athlete is without his fans, so be prepared to share his attention.

Selfishness is not always something that can be seen on the surface. It has many root causes, but generally only one outcome: your unhappiness.

Remember, a generous person gives of love to see others happy, and more importantly, gives freely. Even when he gives big, a selfish person will give when he expects something in return. When giving to receive something back, be it time, attention, intimacy, etc., he is always thinking of how much he can hold back while you come forward. Or how little he can give compared to how much he can get.

Selfishness is not always something that can be seen on the surface. But these six tips will help you spot selfish men quickly so you can keep moving. 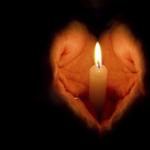