6 Types of Men Who Cheat

If Your Man Checks Off at Least One of These Boxes, Your Relationship is Already in Trouble.

Finding out the man you love cheated on you can be a tough pill to swallow. It can also devastate your relationship. Cheating hurts because it’s a massive breach of trust in an area with a lot of emotions involved. Getting over a betrayal of trust can be difficult for some and impossible for others. If you’re continually trying to catch your man cheating or coming up with a million excuses why he is not cheating, he is probably cheating. When it comes to cheating, the rule of thumb is if it doesn’t seem right, it probably isn’t. Here are six types of men who cheat.

Narcissists are known to create confusion, chaos, and conflicts. They are also known to cheat. They will sweep you off your feet, court you persistently, and make over-the-top declarations about the way they feel about you, only to discover that they have a girlfriend or wife all along. Narcissists are notorious for engaging in both emotional and physical infidelity and can be serial cheaters in relationships. These cheaters aren’t searching for a cheap thrill; they are searching for power and control.

A man with a narcissistic personality will create turmoil regularly and on purpose to keep you in a heightened state of anxiety. He will do this even when things are good, so you don’t expect the relationship to go left or to be kicked to the curb and may also be cheating on you in the process. Watch out.

Playboys are notorious cheaters. They like to flirt with lots of women, but they also want to keep a lot of women in their close circle. It’s super easy for players to get “caught up” and cheat. Beware, mainly if he refers to them all as friends. Before your relationship, who knows what their relationship history was? If he’s talking to other women when he’s supposed to be building with you, it’s for a reason.

Also, please pay attention to the way he treats you in public versus private. If he’s comfortable calling you his girlfriend or acting like you're his girlfriend privately but uncomfortable saying or acting like it publicly, something’s up. People who he knows might know the truth about his player ways, or he may not want other women he’s pursuing thinking he’s locked down. Many of the women he’s cheating with may not even know he’s in a relationship.

Another reason why someone might cheat is that they are insecure. Usually, in this situation, the man who wants to cheat is seeking confirmation of their desirability. They use the reinforcement of a new person to boost their self-confidence. They may be insecure about things going on in the relationship, but they may have had these insecurities long before they entered the relationship. Whether it’s physical or emotional infidelity, they feel good when they get the attention they are craving due to their insecurities.

Serial cheaters are good at avoiding established patterns or routines in a relationship. If you’re dating a serial cheater, take note if you aren’t falling into a routine. They might make it a point early on to establish themselves as hard to pin down as possible. They may even carve out a free night for themselves or find ways to explain why routine doesn’t work with their lifestyle. Mainly they will find a way to create time and space away from their mate early on to avoid raising suspicions later on. Pay attention to this super shady behavior. One-time cheaters are less likely to manipulate your relationship in a way that suits their needs.

The man with power and influence.

Women often surround powerful and influential men, and that can be tempting. Wealth and fame can be attractive to many women, and sometimes these women can become aggressive with their advances. Loneliness might be another reason. Men in power are often away from their families for days, even weeks. As a result, they end up yearning for female companionship. Powerful men may cheat for various reasons, but the result is usually the same: positions, reputations, and families are broken.

People who are bored in a relationship might end up cheating, even if they hadn’t necessarily planned on it. The boredom that meets an opportunity for adventure and excitement can lead to cheating. Sometimes, cheating isn’t planned ahead of time. There are several factors that can lead a man down this road. This is not to say that a man should get a pass for infidelity simply because they are bored, but it does explain as to why some people are compelled to cheat.

Catching your partner, cheating is one of the most painful things that you can experience in a relationship. Unless you absolutely can’t get over the fact that your partner cheater, a one-time thing doesn’t automatically have to mean the end, but repeated cheating can. Pay attention to these habits of people who remain unfaithful. 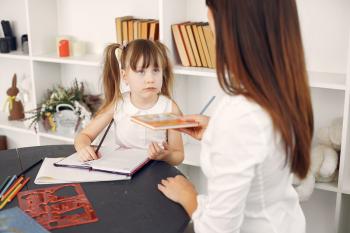 My Child Refuses to Do Homework, What Can…