6 ways women set themselves up for failure

Weed out these failure-causing mistakes and witness the change it makes in your life.

Women are no strangers to success. These days women succeed in many of the same careers as men, make important discoveries, are elected to public office, achieve high degrees of learning, raise happy and successful families, and attain leadership positions in companies large and small.

However, there are still things women can do to be even more successful. When women avoid these six common mistakes, there's no saying what heights they might reach.

Women are great at finding their imperfections. Some amount of self-analysis is good, even necessary. You must identify your weaknesses before you can correct them. However, many women take this to the extreme, finding fault even with their strengths.

What's important is that women are honest with themselves, avoiding the extremes of too little or too much self-criticism. Belittlement can be especially harmful as underestimating her intellect means a woman isn't reaching her full potential.

Whether it's in relationships, family life or professional settings, women should never be willing to settle for less than they deserve. The problem comes when women feel they can't stand up for themselves because it's not polite or nice.

For instance, economist Linda Babcock told Oprah.com that in a recent study she led, "57 percent of men had negotiated their starting salaries, while only 7 percent of women had. This meant that men started out with salaries 7.6 percent higher than the women's." Don't make the mistake of believing you deserve less than the best.

Giving others all the credit

Accepting all the credit for a success is selfish, right? Not necessarily. If you really deserve praise for a job well done, don't be afraid to accept it. If you push the credit off onto someone else out of humility, people might not realize you're just being humble. They might really think you had nothing to do with it.

Katty Kay and Claire Shipman, co-authors of "The Confidence Code: The Science And Art of Self-Assurance - What Women Should Know," told Forbes.com, "Even when women do knock the skin off the ball and succeed on the job, . . . (they)'re more likely than men to demur and credit others or luck rather than taking ownership of the accomplishment."

You can accept credit without appearing egotistical. Accept compliments gracefully and honestly. Those who compliment you will appreciate it almost as much as you do.

Do you question your decisions very frequently? It's not a bad idea to re-evaluate decisions when new facts are presented, but lacking confidence in your opinions makes it hard for others to believe in you as well.

A Stanford study found "for women to be successful they must simultaneously present themselves as self-confident and dominant while tempering these qualities with displays of communal characteristics." In the study, those women who displayed confidence received one and a half times as many promotions as women who displayed less confidence and assertiveness.

Networking is a must in today's social media and Internet-dominated society. It's what allows people to make connections with friends and colleagues, discover new learning opportunities and find new ways of delivering and acquiring goods and services. However, it's a task that some women try to avoid, according to an interview Forbes.com had with Dorie Clark, author of the new e-book "Stand Out Networking: A Simple and Authentic Way to Meet People on Your Own Terms."

"Women - who have generally been raised in a way that encourages modesty and humility - often feel particularly averse to networking because they think of it as a combination of bragging and using people," explained Clark. The key to overcoming this aversion to networking is to recognize it as a form of long-term relationship building. You make connections to create mutually beneficial contacts with each other.

Being too much of a perfectionist

It's great to want to do your best, but when you take that too far, you could paralyze your progress or be afraid of attempting anything because of the chance of failure. Women, in particular, seem to struggle with this, likely because of their high expectations for themselves that are sometimes impossible to meet. A really successful businesswoman, wife or mother is one who realizes perfection is impossible, so it's best to learn what you can from your mistakes and then move forward, a little wiser than before.

Brigham Young University Graduate Studies strives to provide an environment where everyone can be successful. For more information on how you can achieve more success in your life, visit graduatestudies.byu.edu. 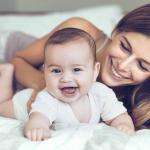 5 Ways to Get Your Body Back After…