Every Couples Fights. as a Marriage Counselor, Some Fights Are Pretty Worrying But Others Are No Big Deal. Here Are 7 That You Can Just Let Go, as It Won't Do Any Harm.

Everyone knows that fighting isn't good for your marriage. So if you're like most couples, you try to avoid fights when you can. But as a marriage counselor, you might be surprised to find out that not fighting might not be as bad as you might think. Sometimes, fighting can even be good for your marriage. In fact, there can be some pretty good communication that goes on when a couple fights. You get a chance to really know how your partner feels and you get some things off your chest that you wouldn't talk about otherwise.

Sure, there are some fights that can be pretty bad for your marriage (like, say, arguing about an affair). But just because you and your partner fight, doesn't mean your relationship is doomed. There are a lot of common fights that couples have that you really don't need to stress about at all.

It's a sad fact that people need money to get by. And there are as many different spending habits as there are people in the world. Put these both together and it means that you and your partner are not going to be perfectly compatible when it comes to money. But don't worry, just because you fight about money doesn't mean your relationship is doomed. It just means you're different people, and you're trying to agree on something.

The fact that you argue about parenting doesn't mean your bad parents. In fact, it usually means just the opposite. And usually, when two caring parents come together to talk about their kids whatever outcome comes from it is pretty good - even if you're arguing about it. So don't stress out if you two don't agree. The fact that you're arguing shows you care enough that whatever happens next will usually be alright.

There's a reason that there are so many jokes about in-laws: it's really common to fight about them. Don't worry, you only have to see them once in a while, and then you'll get back to being a happy couple again soon enough.

Remember in college when you had that roommate who wouldn't pick up after themselves? Well, you still made it through the school year, right? So if your partner isn't as clean as you'd like, don't sweat it. It's usually not that big of a deal, and you'll get by just fine together still.

5) What color to paint the living room?

Just like money, there are as many different tastes as there are people in the world. So you and your partner aren't going to agree on every little decorating detail. When it comes to decisions on personal taste don't worry when you argue about it. Instead, allow yourselves to agree to disagree.

Yeah, that was a mean thing for your partner to be late to your dad's birthday party. And yes, you should be mad at them for it. That doesn't mean your relationship is doomed. There are many other things that will come up they can be on time for.

So you're a Republican, and your spouse is a Democrat. Maybe they believe in global warming, and you don't. So what? Just because you have different beliefs doesn't mean your incompatible and your relationship is headed for disaster. It's okay (in fact, it's healthy) for couples to have separate identities from each other, and have different interests, likes/dislikes, beliefs, etc. 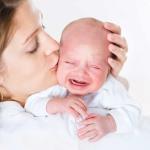 What They Don't Tell You About New Motherhood