7 keys to better communication in marriage

Do you feel like you and your spouse are speaking two different languages?

I recently sat down with a couple who were facing a common struggle. They love each other and overall they have a strong marriage, but they're having persistent troubles in their communication. They feel like they're speaking two different languages. They're not hearing each other, and it's creating a frustrating cycle that leads to hurt feelings, angry outbursts, frustrations and regrets.

Their marriage had started feeling like two blind people learning how to dance with each other...they keep stepping on each other's toes!

Their struggle is common. All couples face some level of communication issue, and all healthy couples must work together to get better at communicating. I'm convinced that thathealthy communication might be the single most important factor in a healthy marriage.

It takes work, but if you'll commit to making it a priority, your marriage can reach new heights. Don't beat yourselves up if it doesn't come naturally. My wife, Ashley and I have 3 higher eduction degrees in communication between the two of us, and healthy communication still requires a lot of effort for us everyday.

Here are the basic tools to help you communicate more effectively with your spouse (in no particular order):

1. Focus on understanding more than on being understood

When a husband and wife get locked into a cycle of just trying to get their own point across, they both miss out. Instead, focus on trying to hear what your partner is saying. When he/she is talking, listen with focus instead of letting your mind wander to planning your response.

When Ashely and I were going through a premarital course, we had to do a communication exercise which I thought was cheesy and pointless at the time, but it turned out to be incredibly helpful. We had to listen to each other and respond with questions and then repeat back a summary of their words by saying, "What I hear you saying is..."

Those clarifying questions helped us develop a discipline of listening more intently to each other. It will work for you too.

Instead of looking at a disagreement in marriage as a fight to be won, approach it like a challenge to be won together in partnership with your spouse. You share the same outcome. At attitude of partnership will revolutionize your approach to disagreements.

You might think you're great at multitasking, but you're not! Nobody is. You can't have a meaningful conversation when you're staring at your phone, watching the TV and trying to talk to each other at the same time.

There's no place for secrecy or deceit of any kind in a marriage. Tell each other everything. Always.

6. Give each other support, not just advice

When your spouse is going through a struggle of any kind, you might want to "fix" it by offering solutions, but your spouse will need your encouragement and support more than they will need your advice. Be each other's best friend.

7. Be each other's biggest encouragers; not the biggest critics

Build each other up. Speak life to each other. Always default to the positive and don't get stuck in a cycle of negativity or criticism with each other. Communicate your love for each other clearly and often. 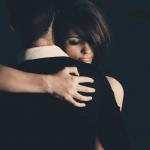