7 Personality Traits That Make Someone More Likely to Cheat

Be Aware of These Red Flags While Dating.

When an individual is in an unfaithful relationship, their first question is, why? The why is often surveyed into a reasoning bucket: lack of love, sexual desire, neglect, situational, variety, low commitment, esteem, and anger. Dylan Selterman, the lead author of the study, published in The Journal of Sex Research and a social psychologist at the University of Maryland, concludes, “One of the biggest myths in a relationship is that people think, ‘Oh, my partner cheated, therefore, there is something wrong. There’s an underlying problem either with me or the relationship.’” Selterman follows that theory up with confirming, “That’s not necessarily the case.”

Infidelity is one of the most stressful experiences an individual can go through. It’s complicated to understand why someone would act unfaithfully; however, there are traits that make someone more likely to cheat. Instead of scrutinizing a relationship, be observant, and evaluate an individual’s personality traits to see if there are any red flags. Our individual personality traits play a significant role in the way we behave, see the world, and treat the people we encounter. It’s important not to be blinded by lust and be smart.

For the faithful partner, it is imperative to accept that they cannot change their partner’s personality traits. If an individual changes, they must want that change for themselves.

Here are the seven most common red flag traits you should be aware of:

An individual struggles to express their needs and wants.

In a relationship, it is crucial for partners to express their needs – physically and emotionally. The ability to be vulnerable and voice needs are the basis of curating trust and open lines of communication. Not having trust and communication, creates the potential for infidelity and causes one-sided confusion in a two-sided relationship.

Always make sure that you voice your needs and invite your partner to do the same. In a relationship, you want to make sure you are not being selfish and occupying the floor all of the time. Give your partner the opportunity to speak up.

An individual lies about small things.

Lying about small and big things are bad; however, a cheater usually begins a relationship by leaving out small details and telling white lies. It’s almost as if the individual is testing the boundaries and seeing what they can get away with.

Pay attention to your partner’s changing story and make a note of any inaccuracies. When someone is lying, their story may vary. Details can/will slightly change as they retell the events, and they will get upset fairly easily or choose not to talk about it.

Did you know that narcissistic people crave constant admiration? People who are likely to cheat need to feel like they are irresistible and this is alluring to them. When an individual feels unacknowledged, they get bored and feel as if they are undervalued – so, they resort to cheating.

It’s not a valid excuse, and it is a cowardly move; however, it is their way of justifying their actions, and the “newness” of an affair satisfies their need to feel like the number one priority.

An individual avoids conflict at all costs.

This tendency alone doesn’t indicate that your partner is likely to cheat on you but coupled with other traits, this is definitely a red flag. Addressing conflict in a relationship is never easy, but it is necessary. If your partner constantly avoids arguments at all costs, their response indicates that there is a bigger issue at hand to address. The reality is if they wanted it to work out, they would address the conflict because they wouldn’t want to live in an awkward environment; however, someone who is unfaithful doesn’t mind because they are receiving affection from affairs.

Lacking empathy for other people is a bad trait for any individual – especially someone you are in a relationship with. Possessing empathy indicates that a person cares about other people and understands the impact their behavior and actions can have on another human being. However, with a narcissist, they are much more concerned about their needs than the people they love. Ultimately, they are extremely selfish and never weigh how their actions could hurt someone else.

An individual gets an ego boost from thrills.

Some people need to experience new and exciting thrills to exist. While this isn’t a solid indicator that a person possesses the traits to cheat, it could be likely that an individual will look for attention outside of their relationship. There are some people who have difficulties controlling their impulses. These individuals are unable to resist the temptation to cheat because the lure is exciting and thrill-like to their persona. The excitement of meeting someone new can overpower the need for a stable relationship.

An individual is often very insecure.

It sounds ironic, right? Someone that is likely to cheat possesses the personality trait of being insecure. As complicated as it may sound, it is very true. Being insecure can cause relationship problems because an insecure individual feels the overwhelming need to have a contingency plan in case their partner leaves them. In most cases, their partner is happy and hasn’t even pondered the thought of ending the relationship. However, the insecurity of being insecure has become so overwhelming (in many cases) that the partner ends up cheating out of the potential hypothetical issues.

Unfortunately, there is no sure way to separate the cheaters from the faithful. Nonetheless, it’s important not to get caught up in a lustful relationship and use common sense. These seven personality traits are great guidelines to follow and a way you can make smart decisions. All in all, always strive to have open lines of communication with your partner or people you’re dating. If you don’t talk about concerns or address issues, you’ll be doomed to become another statistic. 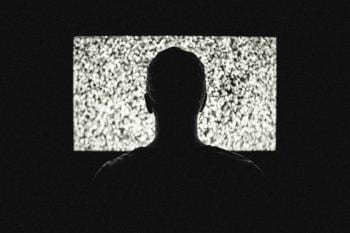 Is Pornography a Type of Affair?