7 phrases every man hates to hear from a woman

Men and women think differently. Because of this, sometimes they drive each other crazy.

You've most likely said a few of these sentences at least once. But when talking to your man, try to avoid saying the following:

Men dread habitually discussing their relationships. This phrase automatically means trouble for them. Because it can mean a thousand things, they torture themselves trying to figure out what's coming.

Men live in fear of forgetting an important date, such as an anniversary or birthday. This phrase chills them.

Men tend to be more direct, and hate trying to figure out what a woman is thinking. Women, if you say "nothing" is wrong, but mean something entirely different, it just makes things more difficult.

He probably assumes you're not just being generous when you say this, and that you don't really want him to do whatever he wants. So stop tormenting him and be direct. Tell him how his actions will make you feel.

This is a no-win situation. You won't believe his answer is sincere if he says no. But you obviously don't want him to answer yes. He knows that no matter what he answers, you won't be satisfied.

Your man hates when you compare yourself to others, and he hates it even more when he's asked to join in the comparison. If he is with you, it's you he wants to be with, so stop making him look at other girls.

Be nice to the man you love, and avoid these types of phrases. Your relationship will be better because of it.

This article has been translated and adapted from the original, "

7 phrases every man hates to hear from a woman

Communication is key for every relationship. Which of these do you think is the worst?

Posted by I Love My Family (FamilyShare.com) on Thursday, November 24, 2016 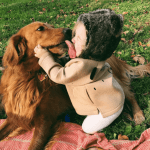 25 Adorable Photos of Babies With Dogs That…