7 reasons your husband is shutting down

He's probably escaping to his 'nothing box'... but what does that actually mean?

It's a well-known fact that women are the talkers in any relationship. While we like to express our thoughts and feelings vocally with our partner, men are typically more reserved about that side of themselves. This video from marriage expert Mark Gungor sheds a little more detail on the difference between men and women.

While it's normal for women to be more expressive than men, a wife might start noticing that her husband is even quieter than usual. It's not necessarily abad thing if your husband is quiet, but it is good to know the reasons why your husband might be shutting down:

As the video above hilariously explains, men and women's brains are wired differently. Men compartmentalize everything, and even have what they call their "nothing box," where they can mentally go to escape reality. In this box, they don't have to think or worry about anything.

If your husband isn't being responsive, he's probably somewhere in his nothing box, relaxing from a long day.

I know we as women tend to expect our men to be there to talk with us and empathize with us (which is a completely valid expectation), but it takes a lot of work sometimes to try and understand our brains. Sometimes, after a rough day, he's tired and just doesn't have the energy to communicate how we want him to.

Yes, communicating with your partner is important, but just as he's there for you by talking things through, sometimes he needs you to be there for him by letting him be quiet.

If your husband gets defensive when you start asking him questions, chances are he's hiding something from you. A man who has nothing to hide should have no problem telling you about his day and any upcoming plans.

Keep in mind, however, that this secret he's keeping from you doesn't necessarily have to be a bad thing. He might be planning a surprise date night for you and doesn't want you to find out. A couple should be completely honest with each other, but don't jump to the worst conclusion if you think your husband is keeping a secret.

4. He disagrees with you

If you two are making a decision together and he doesn't seem fully engaged, it might be because he disagrees with you but doesn't want to bring it up. If you're repainting your bedroom and he goes along with that bright yellow you've chosen but doesn't have much to say, he probably doesn't like the color but doesn't care enough to put up a fight.

5. He doesn't want to argue

If your husband seems emotionally distant, he might just be tired of arguing with you. Arguing in a relationship can be healthy to an extent, as long as communication lines are open and honest. But if he feels like you two argue every time you talk, he's going to just keep his mouth shut.

Going back to the concept of the nothing box, men don't like talking about what's stressing them out. They'd rather go into their nothing box and not worry about anything. While this might seem perplexing to women (who prefer to talk through their stress) it's important to sometimes just let your husband unwind in his own way.

This way, when he's ready to come back to you, he'll feel less tense and less pressure to communicate with you on your own terms, and he'll be able to speak more honestly and openly.

7. He doesn't feel like you value what he has to say

Sometimes women just want someone to listen to them vent. While this isn't necessarily bad, it can cause men to quiet their own opinions and interests. If all they feel like is a listening ear and have no room to speak their mind, they'll go quiet.

It's important in any marriage to address an issue that might be getting in the way of you two sharing a healthy, happy relationship. Marriage brings together different ideas, styles and cultures of living, and learning to talk about differences (and how to come together through these differences) is a key to creating a marriage that lasts. 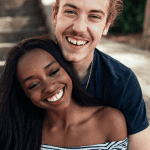 7 Things Your Wife Needs From You on…