7 signs he’s trying to change you

You Don't Need to Change in Order to Be Happy.

Not every relationship is meant to be. Sometimes, what looks like love just doesn't feel like it. If you feel undervalued or underappreciated in your current relationship, it may be a sign he's trying to change you. It's not easy to recognize these signs because they are easily disguised as signs of affection or concern. The fact of the matter is, if your man is doing any of these seven things, he is trying to change you:

2. He doesn't value your opinion

It doesn't matter what you tell him, he just doesn't listen. He doesn't care for what you have to say and instead tells you his own opinion. If he isn't considering anything you say and cares only about what he says and believes, he is only being selfish and controlling. His opinion clearly matters more than your own, which is very unhealthy in any relationship. There needs to be consistent two-way communication between a couple. The ability to understand and value each other's opinions must also be present.

He's clearly frustrated, and if he keeps saying things with a passive aggressive approach, there's something wrong. By being consistently passive aggressive about the littlest of things, it's a clear sign he doesn't appreciate you. This behavior is a sign that he isn't willing to communicate with you and he's just hoping that maybe you'll change on your own with a little nudge here and there. You don't need to be nudged and you certainly don't need to change.

4. He makes decisions for you

Whenever you're faced with a choice, he makes the decision for you. This is a big red flag to take seriously. This not only means he's trying to change you for the choices and decisions you make, but he's trying to control them. By letting him make your decisions, he takes control of your life and future. If you let this go on, you become completely dependent on him when you don't need to be. Your choices and decisions you make are your own. Don't let him take away your agency for the sake of change.

5. He makes your relationship conditional

Constantly being faced with conditional statements about your relationship tears you down. Words like, "If you really love me" or "if you really want to be with me" should warn you that he isn't getting what he wants from you. In other words, he's trying to change you. If he isn't satisfied in the relationship, he shouldn't have to change you or ask you to do things for him in order to be happy. You won't be happy either.

6. He is constantly arguing with you

You two can't seem to come to an agreement on anything. If he is initiating an argument over something very little, let it be a sign that he is trying to change you. An argument every once in a while is completely healthy, but if the same fight about the same problem keeps happening, it may be time to end things. You'll be much happier in the end.

7. He doesn't love you for who you are 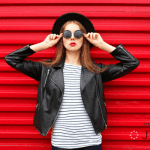 12 Quick and Simple Tips to Flatter Your…