7 signs that confirm he is hopelessly in love with you

Can You Tell How Much He Really Loves You? Read About These Seven Signs That He Is.

Love is a funny thing; it's not just something you say, it's also how you act. Sometimes, it's easy to know how exactly you feel about someone... while other times, love comes slowly. It's hard enough to figure out love for yourself, so how do you tell if someone else loves you? Or how much they love you?

If you want to know what your mister really thinks about you, pay attention to these signs:

If he's hopelessly in love with you, he'll tell you everything. There is no need to keep secrets about his life, his relationships and his fears. He wants you to know how he works, how he struggles and how he feels. Especially for an independent and confident man, vulnerability shows how hopelessly in love he really is.

He's there for you

When you have the flu he's there with crackers and when you get your promotion he's there to celebrate with balloons and cake. He's there when you didn't know you needed him with you. Your man pays attention to you while you are talking and makes mental notes to text you before your meeting or to pick up milk before it expires. For someone who doesn't pay attention to the details, it shows how much he loves you.

He goes out of his way

Sacrificing his schedule or his plans shows his love for you. He goes out of his way to tell you and show you how much you mean to him. Saying "I love you" just isn't enough. It feels too small, so he tries to prove it to you in other ways. He'll defend you, he'll support you, and he will surprise you because that smile on your face means the world to him.

He knows he would sacrifice his life to be with you. His dreams aren't as important as seeing you succeed. The 20 minute drive from his house to yours isn't a big deal because he knows seeing you is worth it.

He tells you first

You are the first person to hear about his job promotion, or the fender bender that happened on the way home from the store. You are who he wants to tell everything to. He wants you to know about everything in his life first; before his friends, before his parents and before the insurance company. You pop into his mind first whenever he has news to tell you, no matter if it's good or bad.

When you hang up the phone, you can tell he hates saying goodbye. He'll let you say it first, or skip it all together, or tell you he will see you on Tuesday... anything but saying goodbye.

He doesn't need "me" time

Of course he does things on his own, but it isn't because he needs a break from you. If he can't come over this weekend, he'll ask to Skype instead, because he doesn't want to be without you in his life. He's the happiest when you are with him and thinks about you more than he thinks about himself. 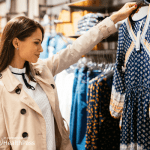 7 Signs You Are Spending More Money Than…