7 signs your husband is fantasizing about another woman

How can you tell he has a potential mistress is on his mind? Keep these seven things in mind when analyzing your relationship.

Men rarely decide to cheat in one day. It's generally a process, which means that in between those days, weeks, months or even years when he is contemplating cheating, somewhere in the back of his mind he is fantasizing with the idea of being with another woman.

There is not only one reason why men cheat, but marriage counselor M. Gary Neuman dug deep into men's minds to discover why they strayed in marriage. Surprisingly, the most common reason for men to cheat was because they were not satisfied emotionally in their marriage. Of all the men studied, 48 percent said this was the main cause.

A husband stews over his emotional dissatisfaction before making such a harmful decision. But how can you tell, before a disaster happens, that a potential mistress is on his mind? Keep these seven things in mind when analyzing your relationship.

There are healthy ways to offer constructive feedback, and then there are a million other destructive ways. If he frequently tells you things like, "I love you, but I wish you would dress up nicer when I come home at night," this can be a bad sign. Love is not conditional on small things.

If you're never quite measuring up in his eyes, another woman could be on his mind.

He stops talking to you about things that matter to him

Men considering infidelity start to withdraw emotionally, says couples therapist Jane Greer. If he stops sharing his opinion, it could mean he feels you aren't willing to listen (and respect) what he says anyway. This is dangerous territory! He'll go looking for someone he thinks is willing to hear him out.

He looks at pornography (and if you think this is harmless, it's not)

"How is it not cheating when your significant other is constantly seeking out other women to accommodate his needs? These may be paid 'professionals,' but they are still real women that my husband is desiring, instead of me. Women that look nothing like me. How could I not feel cheated on when I see that he is searching for specific 'traits' on other woman that I just don't have."

Regardless of who he is comparing you to (his mom, sister, friend or co-worker), this is never a good sign. You're not perfect, but you are much better at being you than anyone else could be. If he can't see this, his mind is likely thinking about someone else.

He gets defensive when you casually ask his plans

Marriages should be open. If he gets surprisingly defensive when you ask an innocent question about a friendship or where he has been, something is not right.

He values his friendships more than your marriage

When you say, "I do," it automatically means your spouse is now your top priority. If he is prioritizing friends or events before you, it could be a sign he is receiving emotional validation elsewhere and is pulling away from you.

You can feel it in your gut

Trust yourself. You know your husband better than anyone. If his personality suddenly changes, look for the cause. Although a spouse might try to ignore a nagging feeling, frequently spouses of cheaters are not completely surprised when they find out their spouse was unfaithful. Their gut was warning them about it all along.

Remember, it's never too late to try to save your marriage. It's worth every effort to try to repair the relationship before something even worse happens. Seek out professional help if necessary. 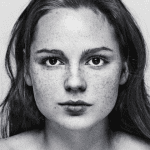 15 Ways to Ensure You Don't Get Taken…