7 Silent Killers That Are Destroying Your Marriage

Are You Doing These Seven Small Things That Are Slowly Destroying Your Marriage?

Your relationship with your spouse is, hands down, the most important relationship during your life. If you're faithful to your vows, you can be together through thick and thin, to the end.

Every once in a while, you and your spouse will be bombarded by silent but deadlies - no, not that kind - habits that people fall into when they get a little lax in developing a relationship with their spouse.

Here are seven silent killers that could prove lethal to your marriage:

One-third of all divorce cases cite Facebook as one of the factors that led to divorce, according to a study out of the UK.

One of the reasons is that people can connect with old flames - silently. Russell Clayton, the researcher who led the way in linking marital dissatisfaction to rampant social-media use, said that "excessive Facebook users are more likely to connect or reconnect with other Facebook users, including previous partners, which may lead to emotional and physical cheating."

Whether you should have a joint Facebook profile isn't the issue - it's what you're doing on your profile when you're alone.

While marriage isn't all about sex, it oftentimes doesn't get the credit it deserves as a vital part of the relationship. In fact, some say sex is the glue that keeps a marriage together. When you go night after night without sharing any sort of sexual intimacy with your spouse, it wears on your marriage. Make the nights "unsilent" by regularly scheduling time for sex.

Scheduling sex may sound weird and, quite frankly, unsexy, but how would it be to wake up on a Thursday, knowing you are going to get home from work that evening and have sex? Anticipation is the unheralded hero when it comes to sex, so if you let that desire well up inside you all day, the planning idea may bode well.

This is such a big deal that it warranted its own point. It's called "phubbing," or "phone snubbing." (Yes, it's a real thing with science and doctors and everything.) Basically this is the act of ignoring your significant other while you mindlessly drag your thumb from the bottom of the screen to the top, again ... and again ... and again.

You don't even have to be on Facebook, Instagram or Twitter to phub. It could simply be using the phone during a meal or a conversation.

When speaking to your spouse please do him or her the courtesy of putting down your phone.

Once you're married, you're out of the dating stage, right? Wrong. In fact, dating during marriage may be more important than dating before you tied the knot. You've got to nurture your relationship until you die.

From day one, there will be ups and downs and even more downs, so finding ways to date each other will dish out innumerable benefits to the two of you and your relationship.

In need of a date idea? How about making chocolates? The Chocolate Making box, by Unbox Love, provides the ingredients and instructions for making chocolate and meaningful conversation starters. Check out Unbox Love to find out more about their fun stay-at-home dates.

Being on different financial pages is going to destroy your marriage. There's no reason why your mister can't go out for a drink with friends or why your missus can't grab lunch with pals. But, if you haven't set a budget and your significant other has no idea that you dropped $450 on an outfit, your finances will be off this month, which you know will cause problems.

Tradition says this: Dad goes to work while Mom stays at home and cooks and cleans and shops and chauffeurs and launders and babysits and on and on.

Marital advice says this: One or both parents go to work during the day (or night). Upon arrival home, the two partners share the chore load equally, a load previously agreed upon.

If your spouse is doing more housework than you, you're silently shirking your share of the service. Guess what: 44 percent of divorces happen because of "lack of equality in the relationship," according to a Utah State University study.

So clean up, clean up; everybody do your share.

Silent silence is redundant, but relationships of all kinds live and die by the art of conversation.

In fact, One of the biggest threats to marriage is Stonewalling, or absolute refusal to communicate. Even if you're not stonewalling, having nothing to talk about will create a gap in your relationship, and couples tend to drift apart when that happens.

"If you recognize Stonewalling in your relationship or just a lack of communication, one of the best things you can do is get curious. Ask yourself and your partner the question, "Why aren't we communicating well? What can we do differently to improve our connection?" Learn to ask the types of connections that will get you talking again.

This article is brought to you by Unbox Love. We work to create one-of-a-kind dates that fit in a box and are delivered to your door. The next time you need a night in with your spouse be sure to order a date box from Unbox Love. 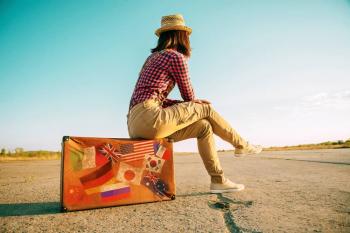