These Characteristics Seem Wonderful -- But Are They Really?

Ask a friend about a recent relationship or engagement and you will hear her prattle on about Mr. Wonderful's wonderfulness. She can't seem to sing his praises fast enough. And, from what she has told you, Mr. Wonderful seems to be a fitting title for him. But a closer look tells a different story. On the surface, these things look like great attributes, but are actually well-disguised red flags. Sneaky, sneaky Mr. Wonderful.

Do you see any of these sneaky red flags in your relationship?

He helps pick out your clothes (Awwww)

When you go out for the night, he's there to mention how maybe wearing this jacket or putting on that skirt would really make you look stellar. Cute, right? Perhaps not. This type of behavior could signal some severe control issues. There's nothing wrong in feeling beautiful, but you should feel that way regardless of what your boyfriend picked out for you.

He takes your order

While it's a thoughtful gesture, if you find him changing up your order or heavily suggesting you order something on "the lighter side," he's (adorably?) trying to tell you what to eat. Again with the control issues. If you both have made a goal to eat a certain way and he's there for support, then go on your merry way. If he's trying to dictate how you eat because of the way he wants you to look, however, run in the opposite direction.

Don't quickly write this one off as a perk. Finances are an enormous part of a serious relationship. If he's in between jobs but spends like he's not, be concerned. If marriage is on the horizon, that's going to be your debt, not just his. If she's fine paying for everything and anything, are you sure that's her money to spend? Mom and Dad might not be as generous when she's got a man to support her financially.

His roommates are terrible, but he's a gem

Watch what your honey says about the people he's around. Though he truly could have terrible roommates or nightmarish coworkers, are you sure he's not the common thread in all of these horrid relationships? If wretched relationships are an unshakeable pattern in his past, there's a good chance you are dealing with a pride issue here. Don't sign up for forever with someone who is never willing to take the blame and bad-mouths people he spends time with.

His past is behind him

Yes, this should be a good attribute; but only under the right circumstances. There's a difference between not dwelling on the past and avoiding it completely. No one is a blank slate, and your Mr. Wonderful might not want to talk about what happened a few years ago. That's OK — but if he refuses to mention anything at all, ever, it could be a warning sign. Why wouldn't he trust you enough to talk about a part of what he's been through?

It's OK to hear about how crazy his last four girlfriends have been " because "you're different," right? Maybe not. Is he telling the real story behind these relationships? It could be that he has dated some eccentric personalities in the past, or that he's a terrible breaker-upper and you will soon be crazy girlfriend number five.

Every girl deserves to be truly treasured by a man who loves her. That feeling can sometimes be confused with someone dating "the idea of you," and not you as a person. If you find yourself being praised for your looks and how you fit exactly what his parents wanted him to marry, pack your bags. Don't stand in for his trophy girlfriend; look for a relationship where he'll treat you right. 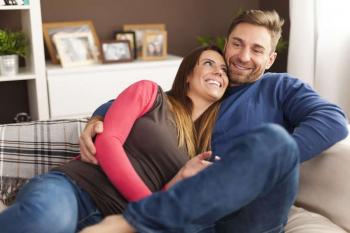 12 Questions You Need to Answer Honestly Before…