7 Things You Should Never Say to Your Husband

While Disagreements Are Inevitable in a Marriage, There Are Things You Might Be Doing That Make It Worse.

Is your marriage making you sick?

A 2010 study from Ohio State University showed that couples that fight "the wrong way" take longer to heal from physical ailments. While disagreements are inevitable in a marriage, there are things you might be doing that make it worse.

Psychotherapist Julie Hanks, LCSW, and executive director of Wasatch Family Therapist, said there are things we say to our husbands that can be detrimental to our marriage. Luckily, that can be avoided by choosing not to say certain phrases.

"I've seen in my own marriage and in my clinical practice that men feel good about themselves when the feel competent about solving life's problems," Hanks said. "Stepping in and directing your husband's behavior without him asking you to can send the message to him that he's not competent. When offering a suggestion to your spouse on how to do something it can help to approach it softly with something like, "I have a suggestion for you, if you'd like.'"

Never compare your husband to someone from a past relationship, Hanks said, even in jest.

"The simple fact that you're thinking about former relationships may be emotionally wounding for the man you love," she said. "Unless your husband comes out looking like the hero, comparing him to past relationships is a no-no because it may leave him wondering if he's good enough."

This is an emotional trap for husbands, Hanks said.

"Using this phrase often makes [a] husband [feel] that he can't win," she said. "To prove that he does love you he has to give you what you want even if he doesn't think it's a good idea or he doesn't want to. Even if it works in the short-run, he'll likely end up resenting you sooner or later."

"You married your husband because you love him, don't ask him to be someone else," Lewter said. "This statement is likely to cause shame or anger, neither will motivate him and either one will probably cause him to shutdown."

"We all have feelings good and bad about our parents," Lewter said. "They are often more complex than others realize. While it may seem obvious to you that your husband is acting like his father or mother, the emotions that statement can bring are more complicated that you may realize. "

No man wants his wife to tell him to "man up," Lewter said.

"This is just emasculating," she said. "Calling his emotional strength or manhood into question will be damaging to both his self-esteem and your relationship."

Again, comparing your man to someone else and telling him he doesn't measure will not inspire him to provide what you need, Lewter said.

"Instead it will cause or increase a rift, making him feel like he can't please you and possibly causing you both to question your worth or feelings," she said. 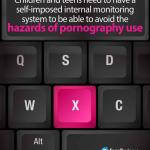 How Can I Protect My Children and Teens…